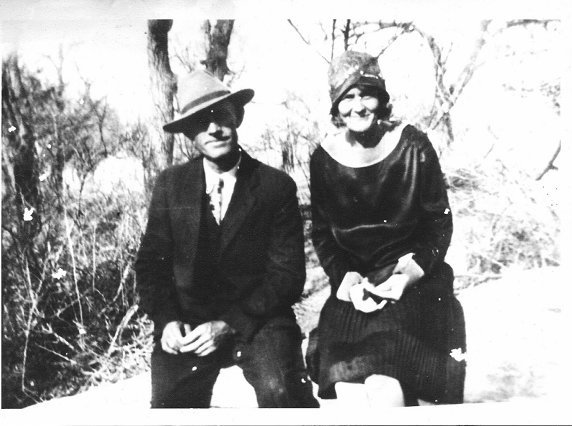 Thanks so much to those of you who pray for my family. Dad has seen a couple of really hard years. Treatment for his health issues has left him weak and arthritis keeps him in pain, but although the progress is extremely slow, it seems Dad is getting stronger.

I always have loved my dad’s stories. Below he shares his memory of his first encounter with death as a child.  Enjoy:

As child number nine in a family of twelve children, I was supposed to be “seen and not heard” at meals, but I listened intently to all the stories told at the dinner table and other places by the adults. I never heard any personal stories about God and the hereafter.  We lived in Oklahoma near an Indian reservation, and my grandfather was a trader with the Indians.  I remember my dad talking about how the Indians believed in the Happy Hunting Ground after death.  The subject of death first had a profound effect on me when I was four years old.

My old ranch dog had been with us since before I was born.  As I remember, he was black with gray whiskers and eyebrows.  Shep was my constant companion, but when my brother and I would go to the house on the next ranch to play with our friends, or down to the river, or anywhere away from the headquarters, Shep would not go with us.  He would go just so far from the house and stop.  Mother said she would see him lying there, and she could tell by where he was looking where we were.  But when I was five years old, Shep was getting frailer by the day.  I realized he was getting old because he was not as playful as he used to be, so I spent as much time with him as I could.  But one morning I went out to see my beloved friend and he was gone.  I asked my older brothers if they knew what happened to Shep.  They looked at each other and said, “Dad said he disappeared.”  I looked for him, but he was nowhere to be found.  I kept asking over and over what happened to my dog.  I was very, very sad.  After some weeks I asked two of my brothers again where Shep disappeared to, and they said he died.  I wondered for months where my dog went after he died and if I would ever see him again.  He was just gone, gone, gone.

About this time my mother was beginning to be very sick, though she worked all day every day as usual.  She cooked for the family and several ranch hands, making several loaves of bread and all kinds of fruit pies every day.  She worked in her garden and canned fruits and vegetables for the winter.  She kept chickens, and I remember that we killed six chickens every day for dinner.  She made dresses for the girls and shirts for the boys on her treadle sewing machine.  (They bought our overalls.)  In her “spare time” at night, she crocheted for fun—besides doilies, she made bedspreads and table cloths.