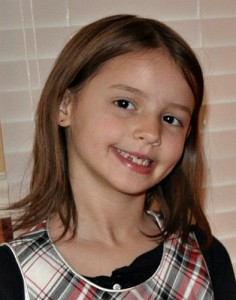 Over lunch Grace was talking about a naughty cartoon that I don’t let them watch.  I catch so many of their hilarious conversations over food!   Grace said she likes it.  I asked her if she likes to watch naughty cartoons.  That’s where Joy joined in:

Joy then looked at her angrily and shouted, “That’s enough!”