Thanks so much to Coleman Family Adventure Fest for hosting our family! 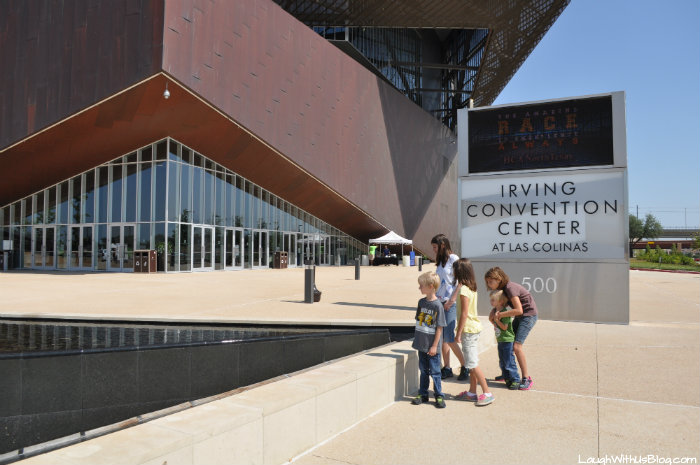 Yesterday the kids and I went to the Coleman Family Adventure Fest at the Irving Convention Center in Irving, TX.  I didn’t really know what to expect, but figured we would spend a couple hours there and go home.  We arrived when it opened and um…stayed until they were almost closed.  We had that much fun!  Hang on to your seats. I’m going to give you a quick run through of lots of the things we did. 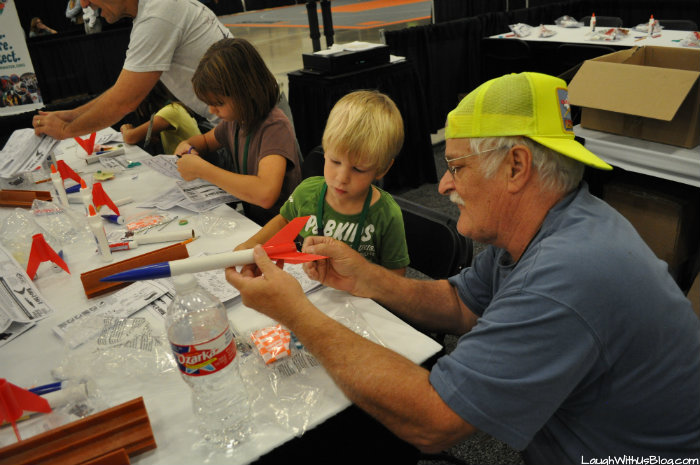 The kids all build rockets.  The instructors were so nice and patient. Each one of my kids went home with their very own rocket that they built! 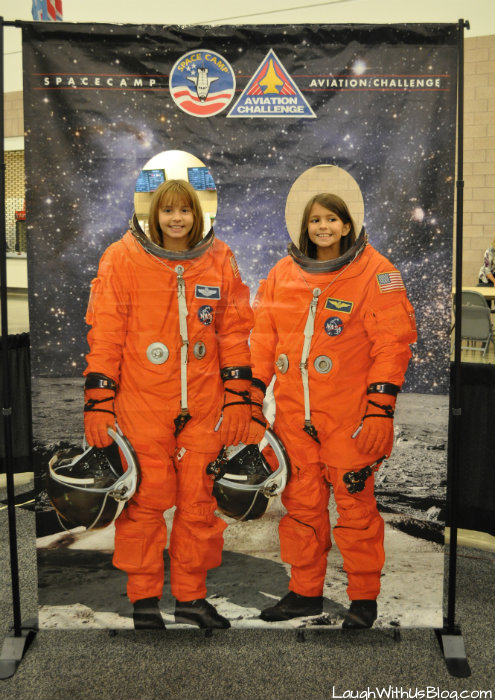 Next we took the Space Camp Aviation Challenge. 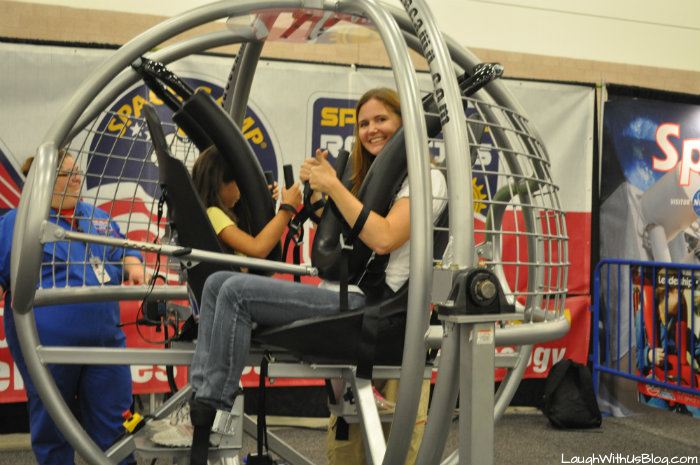 I have always wanted to try a Space Zero Gravity machine.  Disorienting to say the least, but a super fun ride! 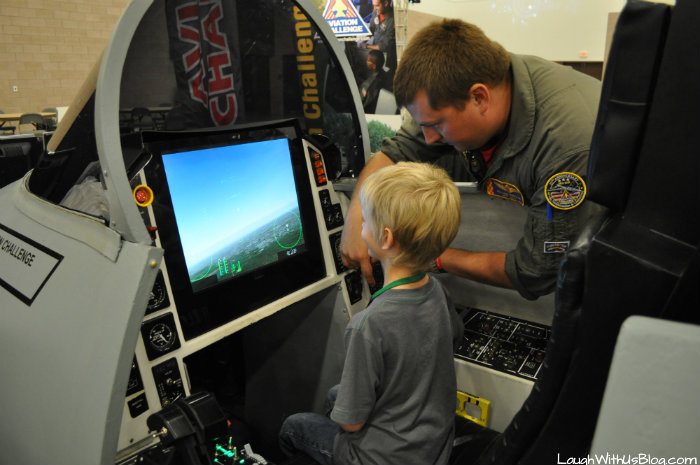 My boys were to small to get into the Zero Gravity machine but they did get to fly an F-18 simulator!  Little Jason loved crashing it more than anything.  Ha ha! 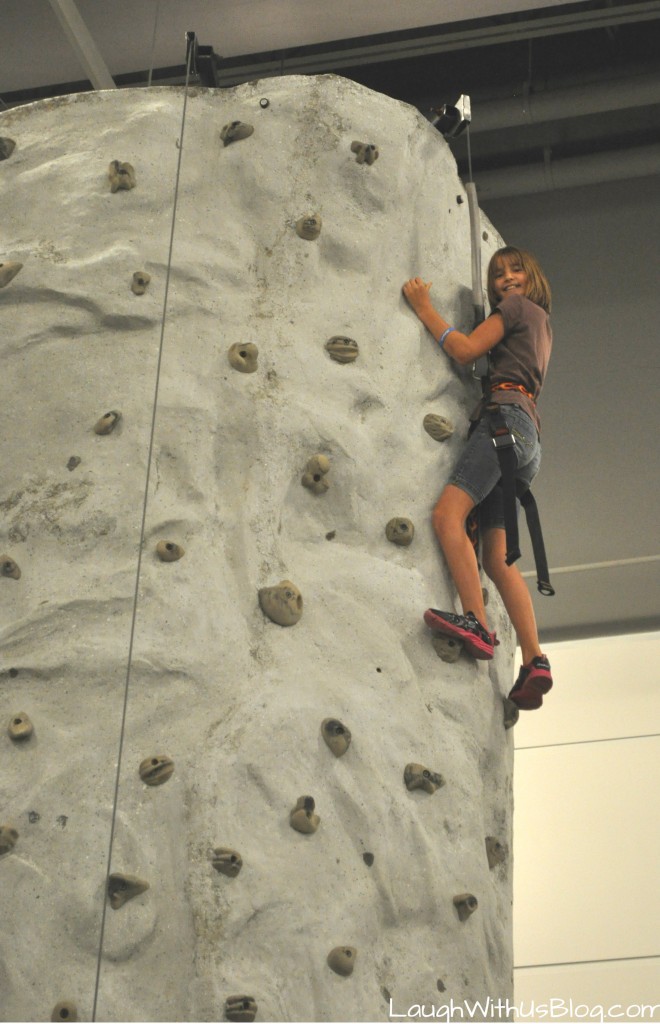 This girl spent as much of the day as I let her rock climbing.  She didn’t stop until she reached the top and then she did that multiple times.  Love watching her climb! 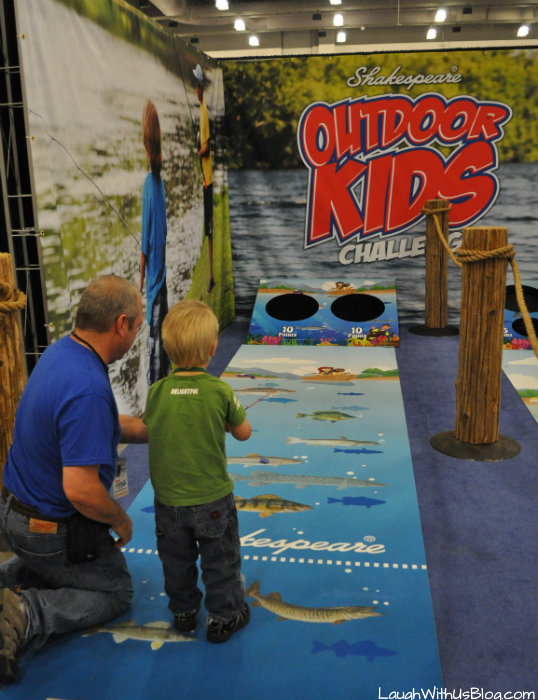 The boys loved learning the basics of fishing.  The instructors took the kids through a three stage course teaching the entire way.  When they passed the course they won a prize.  My boys spent lots of the day fishing! 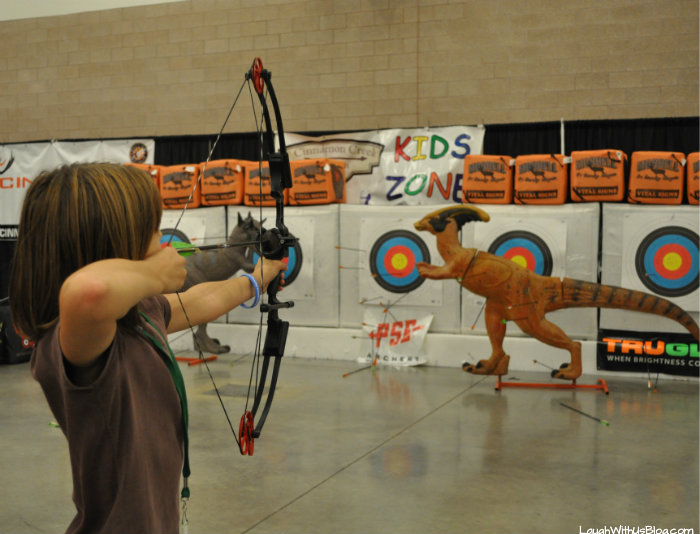 We also learned the basics of shooting a bow.  The kids loved shooting dinosaurs.  Faith worked and worked until she shot one in the eye ball, success of the day! 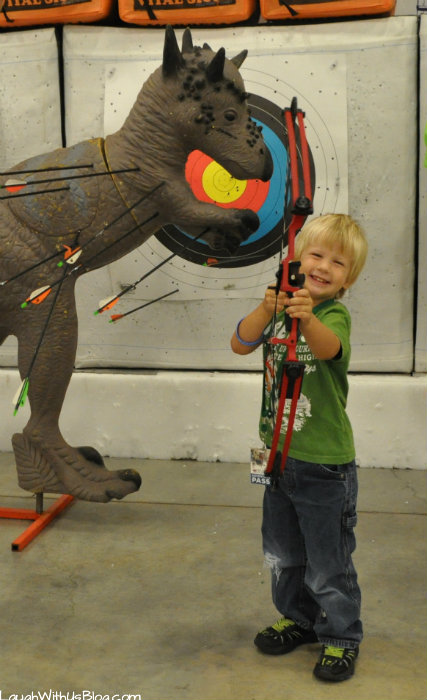 They were even so sweet and patient to give this little guy a shot.  Look at that face.  He loved it! 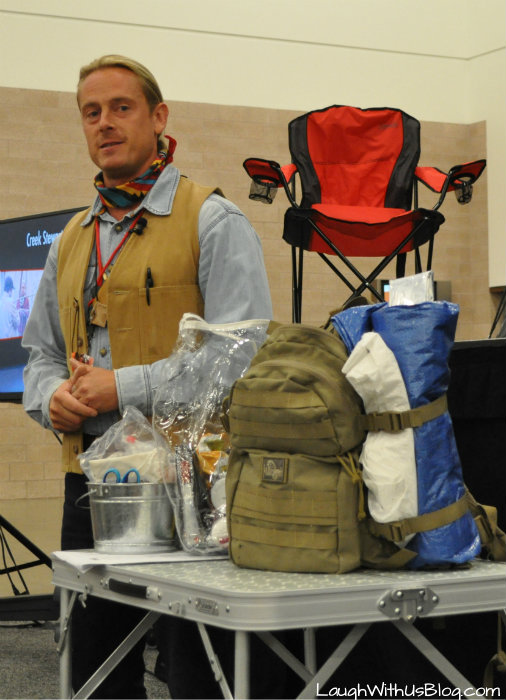 Celebrity guests for the weekend include Creek Stewart, star of The Weather Channel’s “Fat Guys in the Woods,”  explorer Philippe Cousteau, adventurer Matt Moniz, former NFL player Herschel Walker, and more.  We were so excited to see Creek Stewart!  He gave tips for building your bugout (survival) bag and ways to start a fire.  His sessions were among my older girls favorite things of the day! 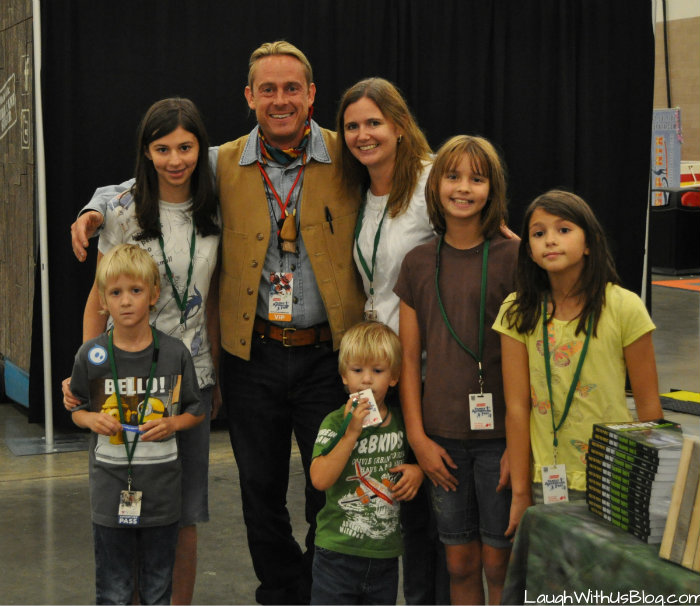 He was even nice enough to let us get a photo with him.  Hoping my kids won’t be starting any fires in the house…again!  Creek clearly said to practice outside.  🙂 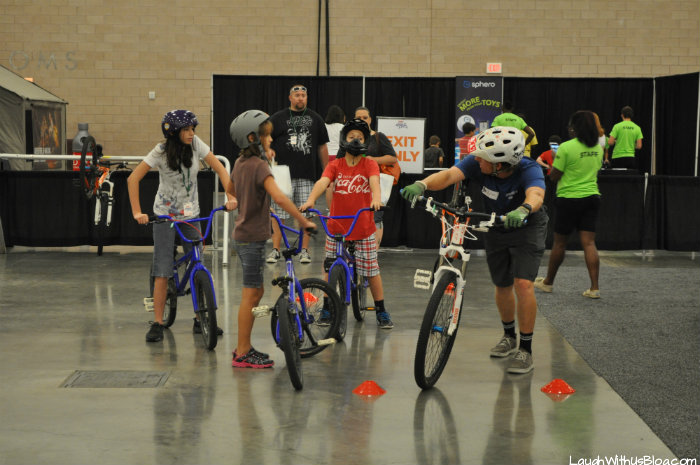 The girls got to try out BMX bikes and there was even a track they could have ridden, but didn’t feel confident enough to try.  What a fun experience though! 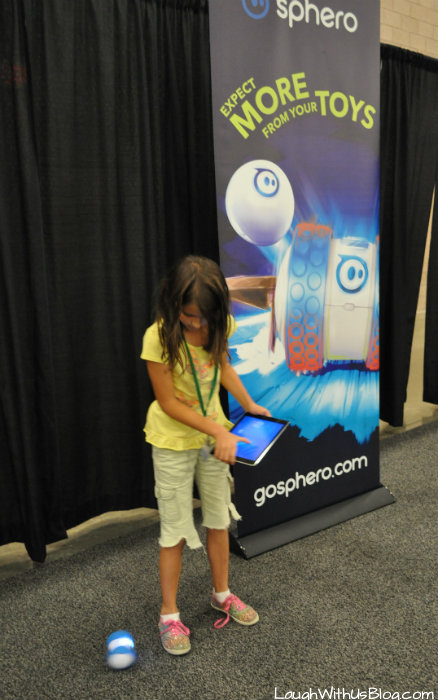 The kids got to try out Sphero smart toys, practice their golf stroke, ride a virtual zip line and so much more! 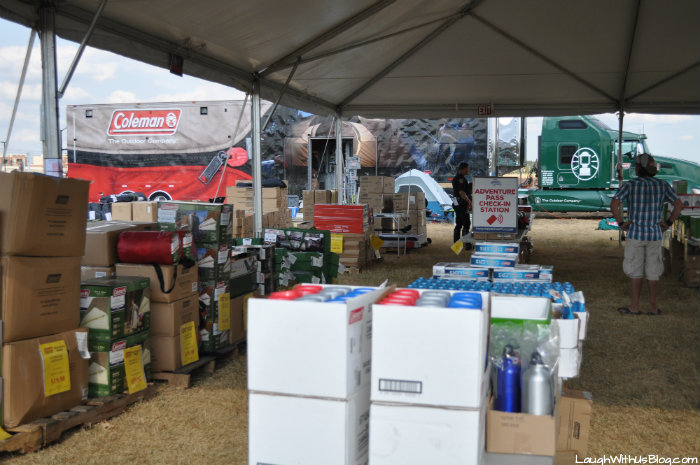 Looking for a great deal on camping gear?  Outside, Coleman has a huge clearance tent set up.  Bring some extra cash!  The kids thought it was so cool to go inside the Coleman semi and played games that were set up outside.