Faith, age 10, came and asked me if she could make ladybug snacks for everyone.  When I saw what they were I gave my consent.  As she was in the middle of putting them together, she realized we didn’t have any licorice for the legs.  Her idea was to use toothpicks instead, which would have looked great, but not very practical.  I already had a visual of all of the kids at the table pulling the toothpicks out of their apples and what they would be doing with them.  No, we had to think of something else.  We looked through our kitchen and finally we decided on mini marshmallows even though Faith didn’t think they would look right.

We cut the apples and she began assembling them.  She stuck the marshmallows on with a little peanut butter and then stuck a grape on with a toothpick for the head.  She stood back and looked at it and declared, “It looks like a turtle!” and so it did: 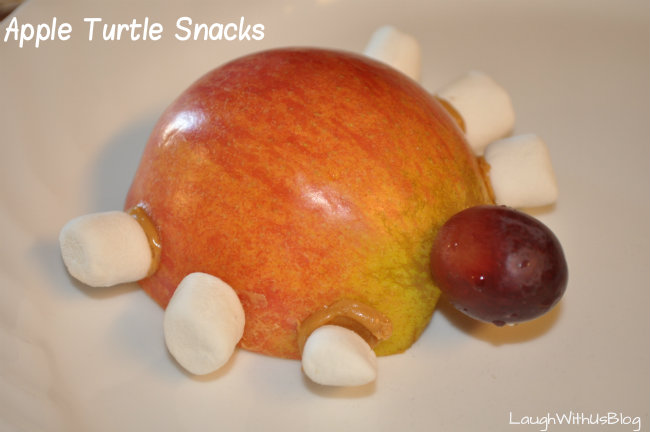 Isn’t it cute?  So what that it has a couple of extra feet!  I liked it so much I told her she should make turtles instead.  The only hitch was that she had been planning on sticking chocolate chips on it’s back for the lady bug spots.  She wasn’t thrilled to be giving up the chocolate…and I didn’t blame her!  “Here we can still eat the chocolate chips.  They can be turtle poop!”  was my bright idea, and so we did. 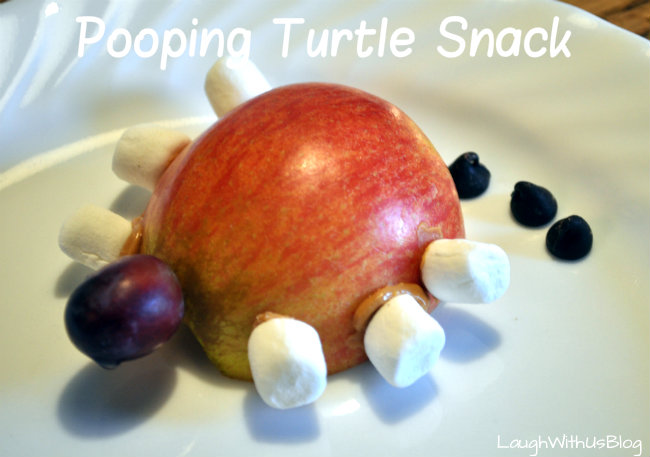 We broke all kinds of “no potty talk” rules at the table over this little snack!

I’m linked with Mommy Club Link-Up,  Works for me Wednesday and Gratituesday!  I’m so thankful for my kiddos and all the fun we have!