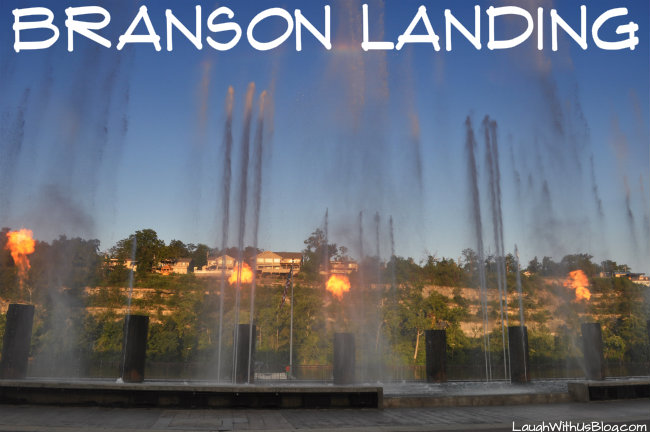 After we left Bob Evans we headed to Branson Landing.  When I was planning my trip to Branson, someone commented on my Facebook page that I needed to explore Branson Landing and see the fountain shows and Dick’s 5 & 10.  I was so glad she did because I don’t know if I would have learned about it otherwise. 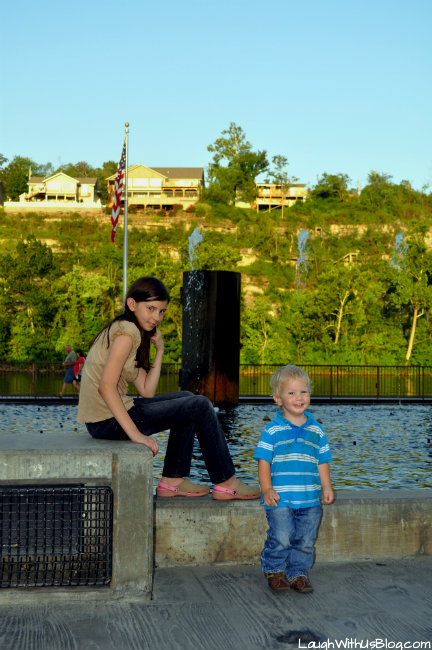 Branson Landing is an outdoor mall with stores and restaurants.  It is right on the lake.  Every hour on the hour beginning at noon there is a fountain show put to music and includes fire.  On the website you can check ahead of time what songs will be played.  I had really hoped to make it by at night to see the the fountain show at night too, but we didn’t make it.  Lots of people gather around in time for the show.  It only lasts a few minutes, but it is so fun…and romantic if you’re so inclined!  🙂 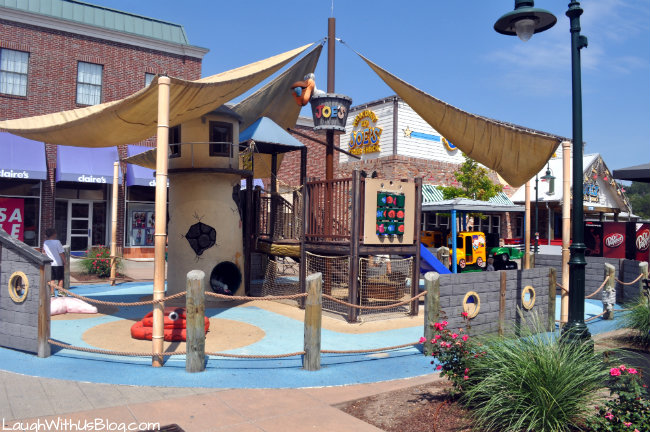 My husband is not much of a mall shopper so he was just humoring me to walk around by the stores, but the kids liked this huge playground by Joe’s Crab Shack. 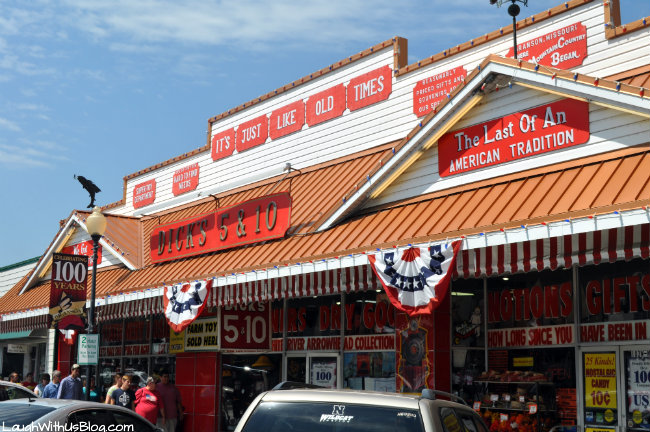 We also walked around main street and found Dick’s 5 & 10.  This was such a neat place and we weren’t the only ones to hear about it because it was CROWDED! 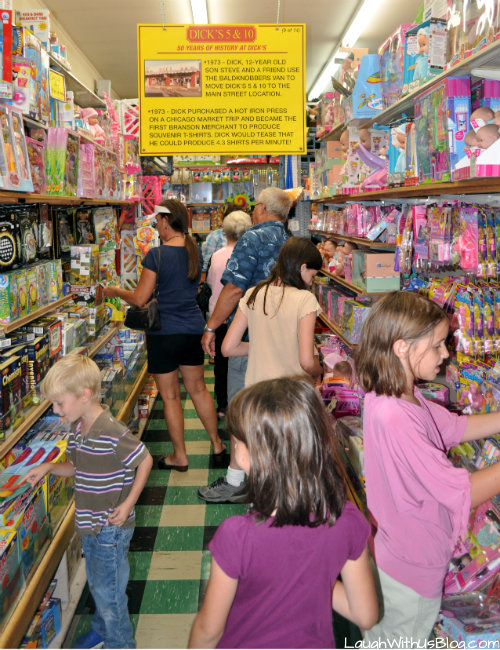 The store is jam packed with stuff, all kinds of stuff.  If you like old time anything, it’s probably there.  We found old toys and games from when we were kids.  It’s worth a trip in there just for nostalgia!  Be prepared though the aisles are narrow, there is stuff piled on stuff, there were people galore and the prices are not the 5 & 10 prices we expected.  I am a bit claustrophobic, but the kids were enjoying themselves so much that I just kept taking deep breaths!  It really is a fun place to visit on your next Branson vacation!