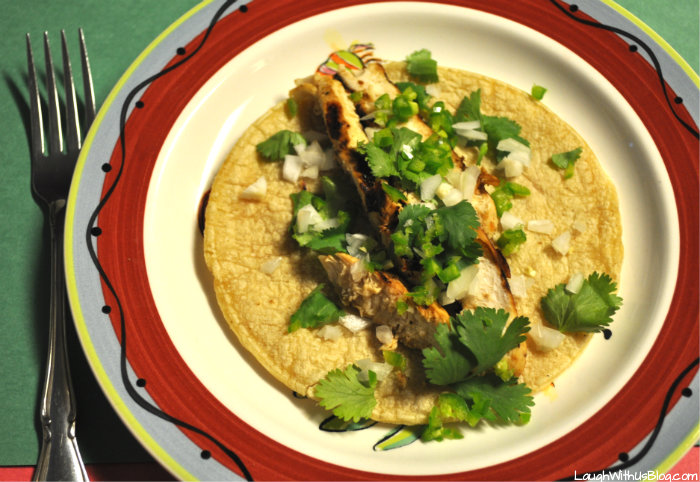 Chicken Fajitas are a contradiction.  By definition fajita is a cut of beef therefore cannot be chicken!  It’s  up there with my quesadilla peeve.  I actually saw an “Avocado Quesadilla” recipe on Pinterest that contained no cheese whatsoever.  I laughed out loud on that one.  I am however, Tex-Mex enough to accept chicken fajitas.  When ordering fajitas at a restaurant I almost always order the chicken over the beef.

It was one day when I was talking about making fajitas for Jason at home that my sister gave me her secret.  She said she made them all the time and that it was so easy. 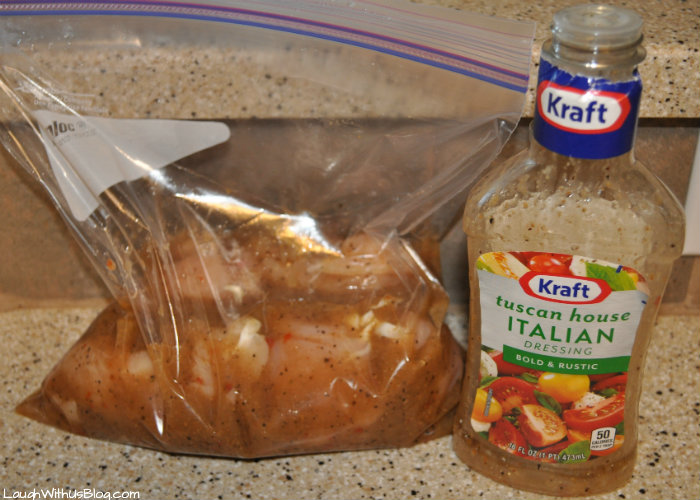 Here it is.  The secret is out…I mean into the bag!  He he.  Just marinate two pounds of chicken tenders in Kraft Italian Dressing.  I’ve used a variety of their Italian dressing variations and they are all good.  As far as I’m concerned the more flavor the better so I go for bold!  For two pounds of chicken use half a bottle or 8 oz of the dressing.  Marinate 2 hours to overnight. 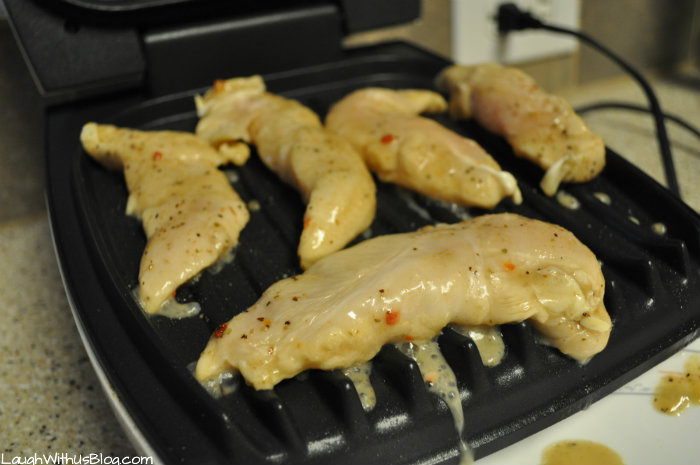 You can cook the chicken on any indoor or outdoor grill or even just pan fry them.  When my husband isn’t around to grill them outside, I prefer the indoor grill because I like the “grill” marks on them.  Just cook the chicken until it is no longer pink, about 4 minutes each side. 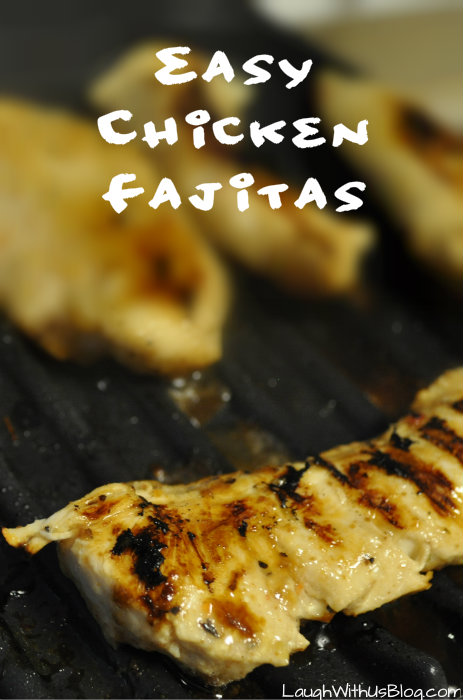 See.  I just feel like fajitas SHOULD have the markings on them!  I do love the added flavor of cooking them outside though! 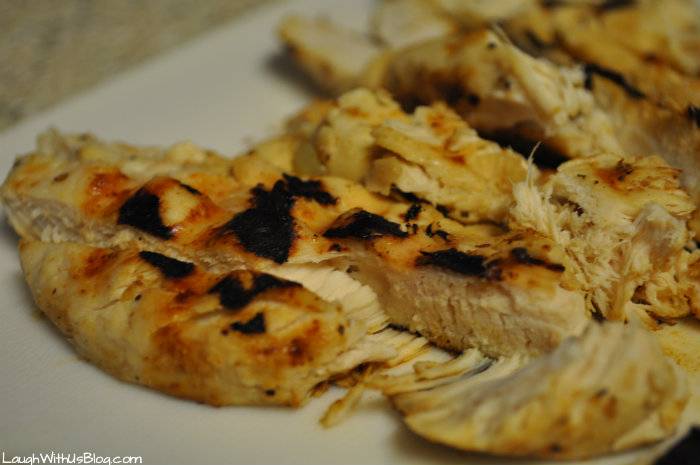 If you use chicken tenders, you don’t really even have to slice the meat, but I like fine pieces so I always slice them a time or two anyway. 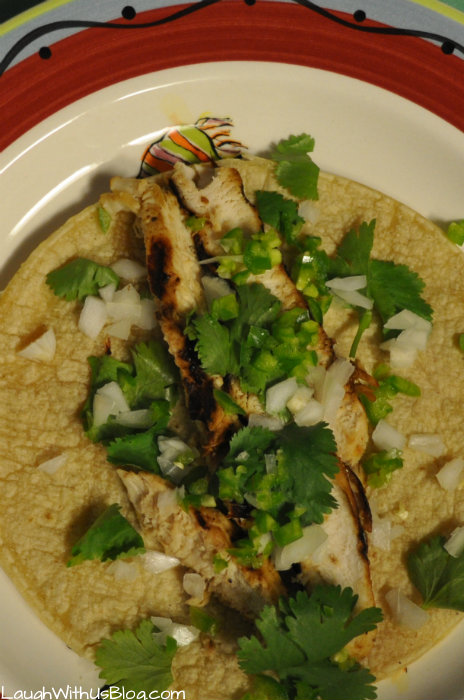 I know that in the US fajitas are generally served with cooked green peppers and onions, sour cream, and cheese.  About half of my family eats them that way.  I prefer any taco this way, Mexican street taco style with chopped onions, serrano peppers, cilantro, and fresh squeezed key lime juice–yum.  But we usually also have all the Tex-Mex toppings on the table for whoever wants them.