When I began planning my trip to Branson, there were two places that I KNEW I wanted to visit and Dixie Stampede was one of them.  My sister had visited the Pigeon Forge, TN location when I was in college and had really wanted to take me there, but it never worked out.  Dixie Stampede boasts “The most fun place to eat in Branson,” and boy we were not disappointed! 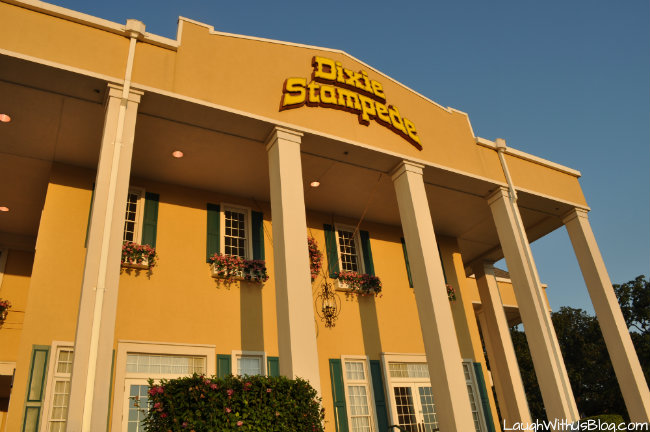 After checking into our cottage at Stormy Point we drove straight to Dixie Stampede.  Jason had a migraine that morning, and I was worried that he wouldn’t be able to eat or enjoy the show, but he miraculously felt much better just in time!  I was so thankful for the prayers of friends! 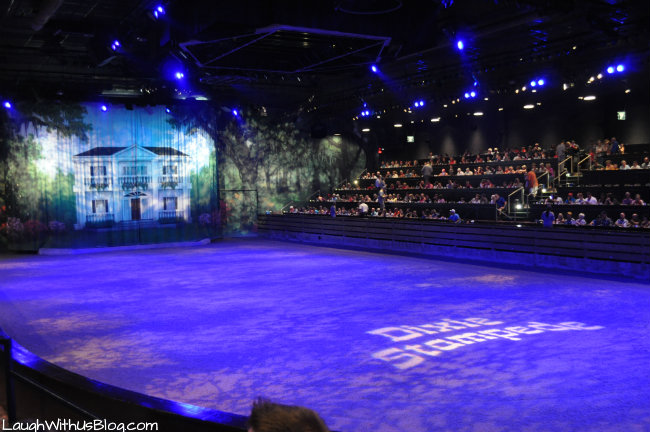 The arena is gorgeous!  This was the most packed out show of all of the ones we visited in Branson.  By the time the show was underway, I didn’t see any empty seats anywhere.  Book this show early in your planning!  Also, even though we arrived an hour early, by the time we parked, walked, and purchased our tickets, we had missed the entire preshow, that I’m told is really good.  I would say plan to be there an hour an a half before the show is scheduled to start.  I guess we’ll just have to go again… 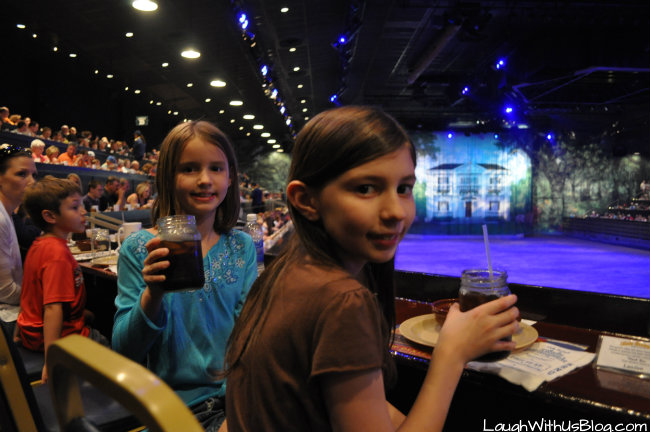 Two of my girls enjoying the Pepsi and anticipating the show! 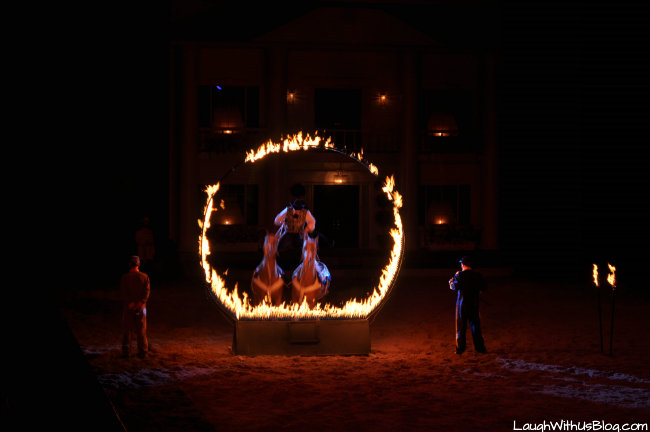 Dolly Parton’s Dixie Stampede Dinner Attraction in Branson, MO is a fantastic show fun for all ages.  Even my one-year-old in my lap sat wide eyed watching all the action.  The show is filled with friendly North and South competition, thrilling horse riding stunts, spectacular special effects, and phenomenal musical productions. 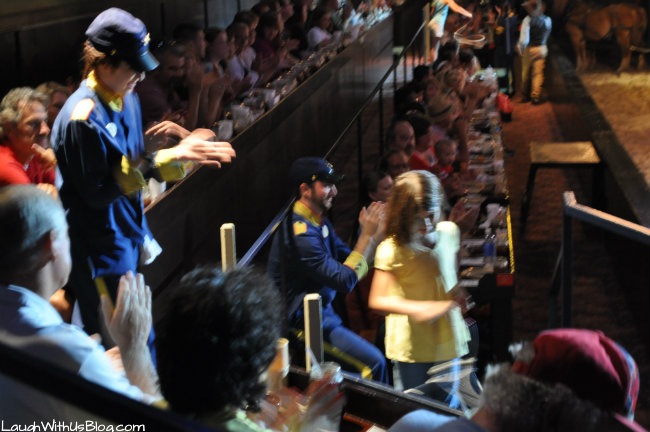 Grace was thrilled to be asked to be a part of the show.  She had so much fun twirling the lasso. 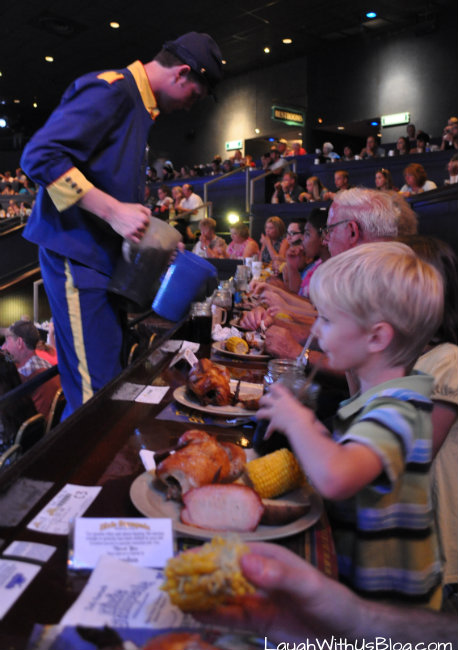 We feasted on a mouth-watering four-course dinner complete with a delicious dessert!  Our server also did a great job of entertaining us and making us laugh! 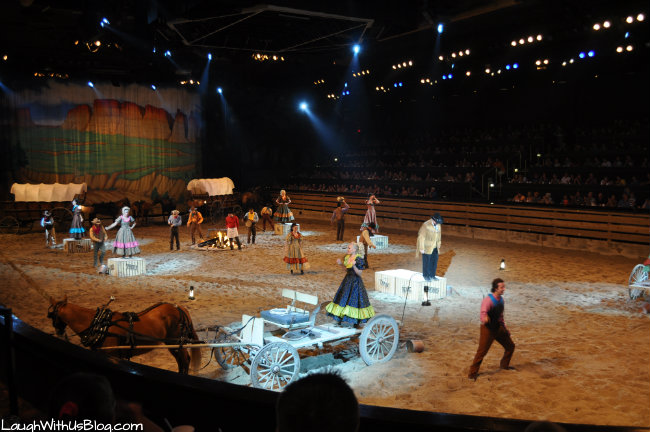 I just kept wondering what was going to be next!  The MC was hilarious!  It is tough to make my husband laugh, and it did my heart good to see him laughing so hard throughout the comedy parts of the show. 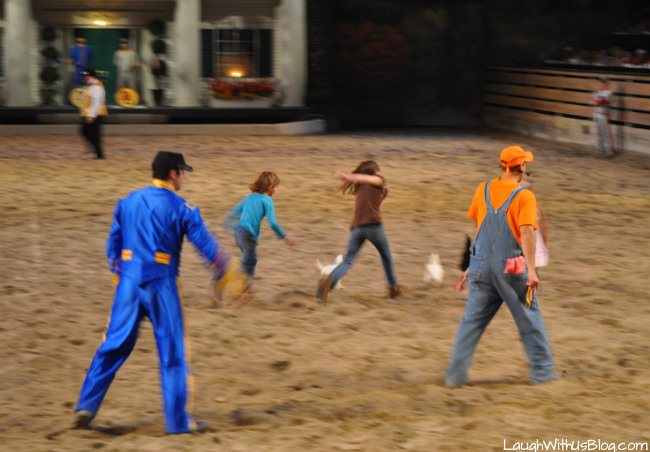 Joy and Faith were so excited to be able to “help” with the show and had the opportunity to run out onto the arena.  They were part of a chicken race.  They represented the North well, but even though they gave us points the South still won.  I’m not too sure how that happened!  Ha ha! 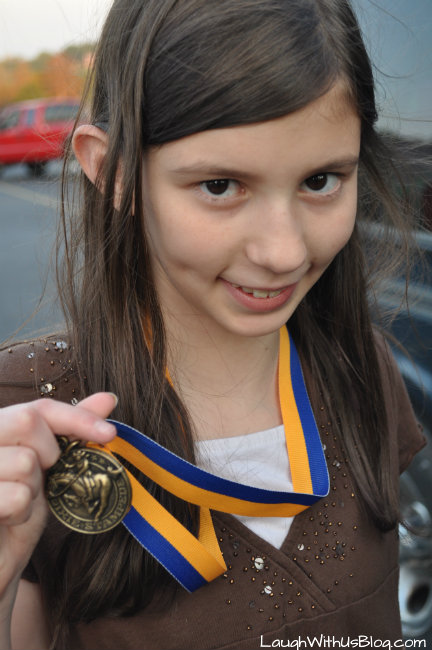 The girls each received a book and a medal for participating.  What amazing souvenirs! 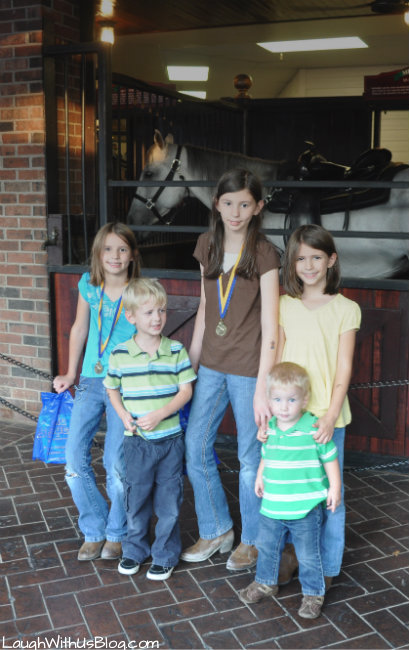 We all had a fantastic experience at Dixie Stampede.  We certainly started our Branson vacation out with a bang!  If you are planning to visit Branson, you won’t want to miss this experience!