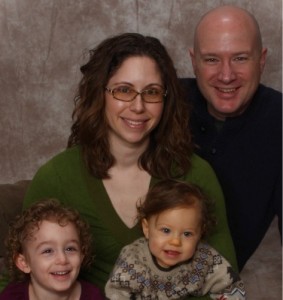 Tanya Cunningham of Hurry Up and Write is guest posting today.  She is an aspiring children’s book author. She loves her family and loves to write, when she can find a minute. Tanya has written three manuscripts so far and is on a journey to find a literary agent.

After my oldest daughter turned two, we attempted the potty training obstacle course many times. Many strategies were implemented – stickers, charts, charts with stickers, M&M’s (my favorite), positive reinforcement, and positive peer pressure – “look all the big kids are doing it,” but nothing seemed to motivate her to make the big move from pull ups to underwear. She just didn’t care and was far too busy with important childhood things to take a break and
go on the “big girl potty.”

I remember one day in particular (not actively trying to train her at that point), I noticed a familiar squatting
position. “Avalon, did you go poopoo?”

My tiny tot just shook her head. “No.” She then vanished from sight.

I turned from my dish duty to see where she had gone. Of course, she was hiding from me behind the TV.
“Avalon… ” I said again. “I have to change your diaper.”

“But, Avalon, you can’t go around in a poopie diaper all day.” I pleaded.

As clear as day, a little, but strongly determined voice returned to me from the fortress behind the TV. “You
bet I can!”

I broke out into silent giggles. Was this my little girl, defiantly deciding to remain in an unpleasant state rather
than take a break from playing to be changed? Yes, indeed it was. No wonder she didn’t want to wear big girl
underwear. How could she do that when she couldn’t even take a break to have her diaper changed? I then
fished her out from her hiding place and changed her, much to her dismay.

A month later (at three years old), we went “cold turkey,” and did away with the diapers for good. Using a clear
glass jar and large marbles, we found a way to motivate her. We put one marble in the jar when we took her to
the bathroom and she went. We put two marbles in when she told us she had to go and went. One marble was
taken away from the jar if she had an accident. The jar and the reward were placed on the mantle together, as a
constant visual reminder. When the jar was full, we gave her the reward that she had picked out. The first was a
book, and the second was a pink fishing pole so she could fish with her Daddy. We had to do it twice because she’d
fill the jar in just three days. That was it, my big girl was officially potty trained. Yea! 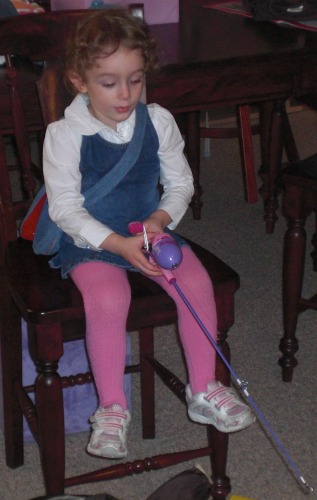 Even though her response and attitude of, “You bet I can,” still prevails, I am praying that God will shape that
wonderful “can do” attitude to always be a help to her and not a hindrance. 🙂