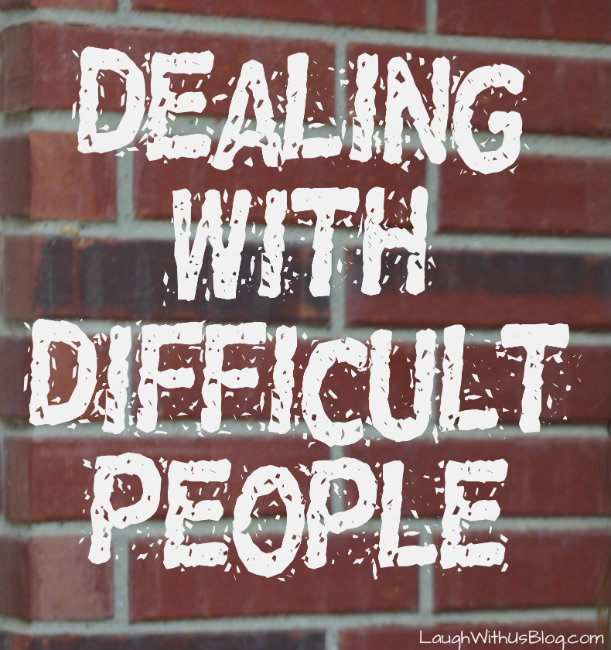 Right out of college I taught at a small Christian school in Nebraska.  I remember being scared to death that first day and shaking like a leaf when I gave my introduction speeches, but oh how I grew to love my job and my students.  If there is one thing I did right as a teacher, I’d have to say it was in dealing with difficult students.  Let me give you some background.

My first year of high school was a growing-up year for me.  I had left my parents and public school to go to a Christian boarding school.  I was not very nice to one of my teachers.  It wasn’t personal in my mind.  I just didn’t want to be doing what she wanted me to do when she wanted me to do it, and I didn’t try to hide it.  In fact, I didn’t even realize how awful I was being or that the behavior was wrong until another teacher called me on it.  I then tried to change my attitude toward her, but the damage had been done.  She didn’t like me from then on.  I remember her making fun of me, laughing when I made a mistake, and ridiculing how I did my hair.  No matter how hard I tried to please her, I never was able to get on her good side.  This always bothered me, but God used it in my life!

Remembering my own experience, when I started teaching, I purposed to give every kid a clean slate every day.  When one of the kids would act up or say rude things to me as a teacher I would tell myself, “It’s not personal.”  I would tell myself that I had no idea what that student was dealing with in his or her life.  Some of those kids were dealing with very hard situations, and it was no wonder they blew up at me over something small.  Sometimes I would go home crying, but I wouldn’t let those kids know that.  I would pray and ask the Lord to give me love for that particular kid.  And you know what?  He did!

The next day I would purposefully seek that kid out and smile at him and say a kind word.  In class, I would look for something about him or his work to compliment him.  I would do it genuinely.  A teenager can spot fake niceness faster than anyone!  I wanted the kid to know that no matter what he had done or said the day before I still liked him.  That’s not to say I would tolerate bad behavior.  I was a very strict teacher, but that is how I worked at giving each kid a clean slate every day.

I only taught for four years before my husband took a job, we moved, and we began a family.  You know, it was those kids who had been the most difficult that I heard from years later.  They were the ones that appreciated me and told me I was one of their favorite teachers.

I hope that this might be encouraging to someone out there who might be dealing with difficult people today!