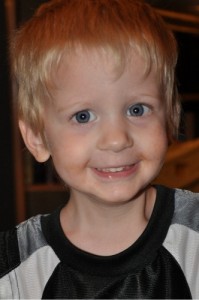 At the supper table the kids were telling us about the movies that Aunt Miriam let them watch while Jason and I were gone.  They liked one series in particular, and one of my daughters told me, “It didn’t have any bad words or anything.”

Curious as to what they considered “bad words,” I asked, “What words are bad?”

“Oh, words like ‘hell.’”  I was kind of surprised that they had picked up on this as a bad word, but Jason explained that he had had a conversation about the word with them recently.

“What else?” I persisted.

That was more along the lines of what I had expected.  We talked about the word and how it is not a bad word unless it is used with the intent to be mean.  Words like ‘stupid’ are not off limits at our house.  I guess we decided that there are so many words out there that can be used wrongly but are not in an of themselves bad that it is better to teach the children why name calling is wrong instead of just making every name they could dream up off limits.

All the while Little Jason was eating his taco, oblivious to the conversation–we thought.  He looked up at Jason and said, “Stupid Daddy,” with a dead pan expression.  The chatter all ceased, and then he looked at me and said, “Stupid Mommy.”  Good parents would surely not have died laughing as we did.  We missed out on that teaching moment, I tell ya!