I told you that we chose Celebrity Millennium for our Alaskan cruise because they reportedly had the best food.  As I looked through my millions of photos from the cruise I realized that I took a ton of photos of food close up but not so many of the restaurants.  So prepare yourself for lots of food photos!  We spent most of our time at the Metropolitan Restaurant which is the main sit down dining room. 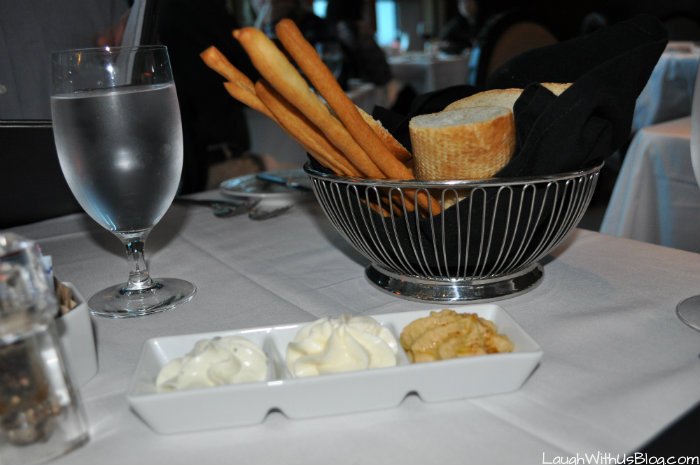 Each evening meal was served with a bread basket and butter dish that included sour cream, hummus, and butter. 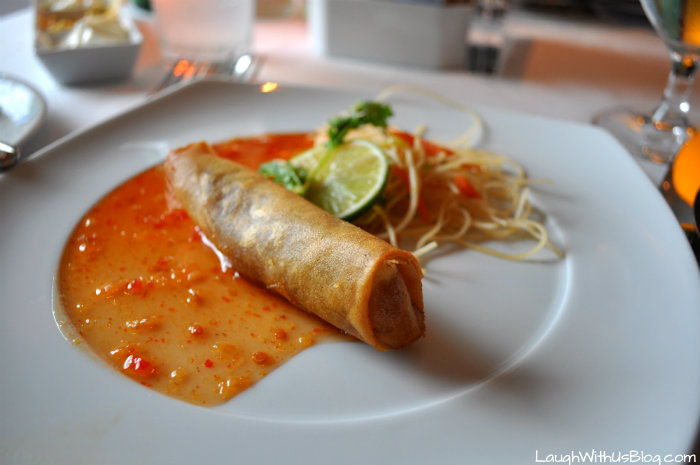 We had fun choosing appetizers, salads, and desserts along with our entrees.  You know with our big family we usually order two or three entrees and share them.  🙂 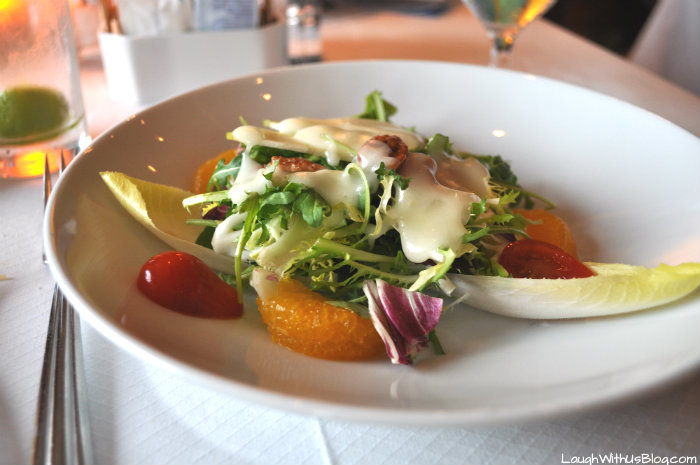 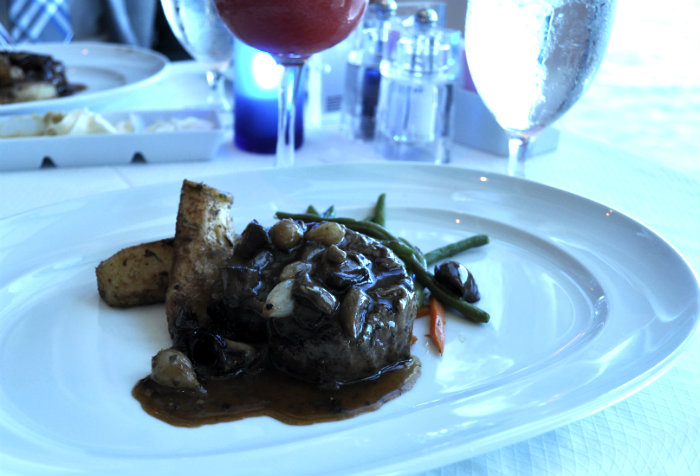 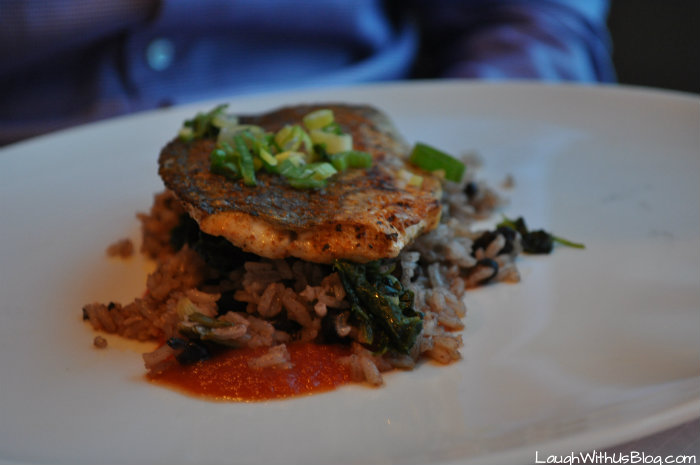 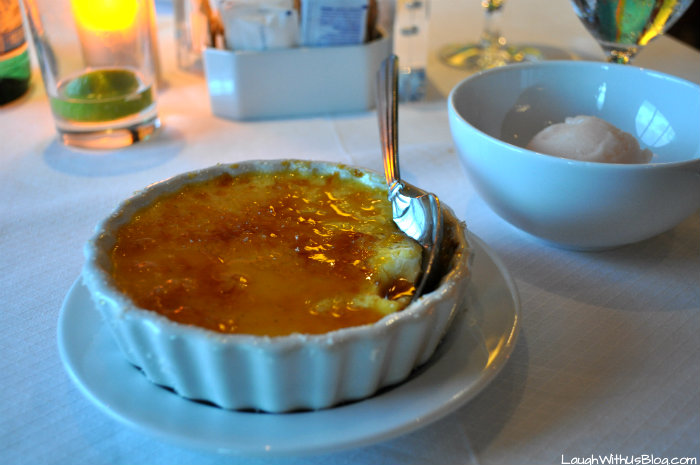 I am a huge fan of their Creme Brulee.  I think I had it at least once per day…ahem!  Oh but it was sad not to try all the other desserts as well so sometimes we ordered two…or three…  So fun! 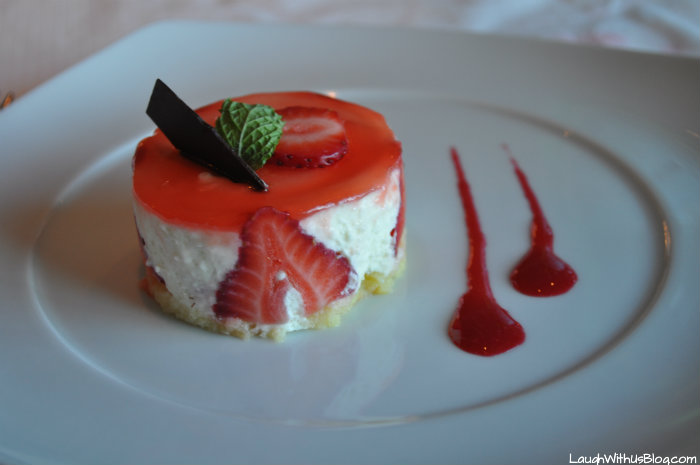 We loved being able to sit down and be served.  It was wonderful to sit and enjoy a meal sometimes with others and sometimes alone, but there were no little kids screaming or wanting something from me.  Ahh! 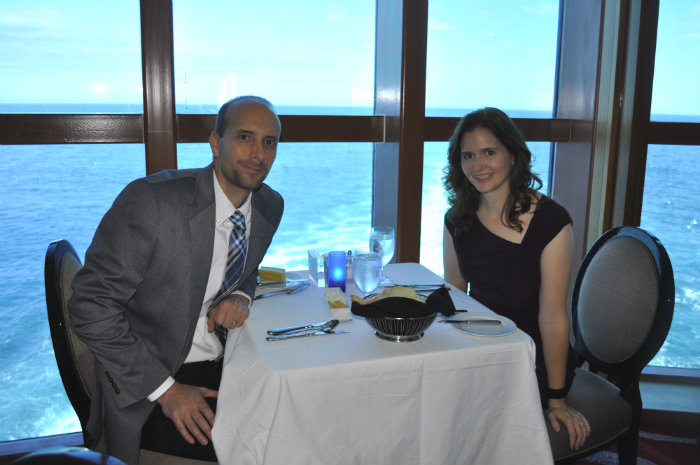 On formal night the food was great as usual.  I was a little disappointed that there was no fan fare and fun like there was on a previous cruise we took on formal night.  I talked to a waiter who said Celebrity used to do the servers parade and things as well, but quit.  I wonder if other ships are no longer doing it either.  On one formal night they served lobster, which people were excited about. 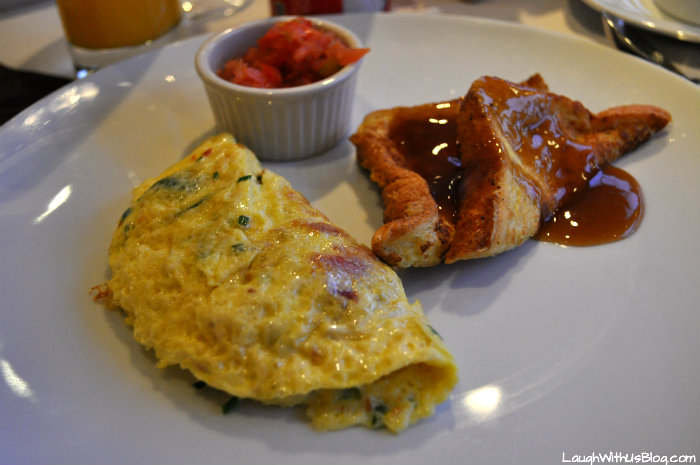 When we had the time we also enjoyed breakfast at the Metropolitan.  There were lots of choices on the menu, but I always wanted the made to order omelet.  Yum! 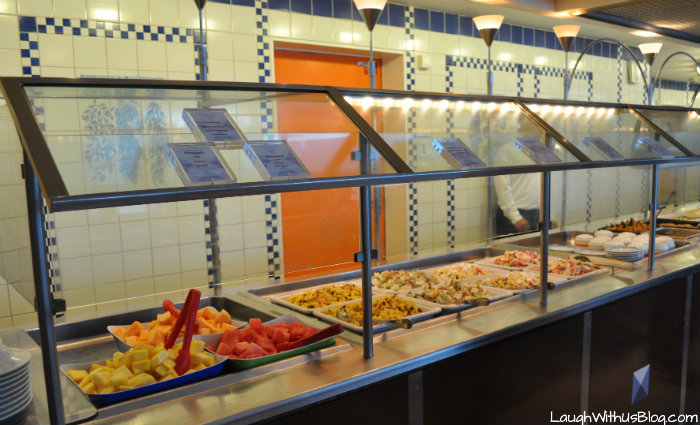 The other restaurant included in the cruise fare is the Oceanview Cafe and it was incredible.  The layout is perfect with the food in the middle and tables all along the outside windows in a huge oval.  There wasn’t a bad seat anywhere. 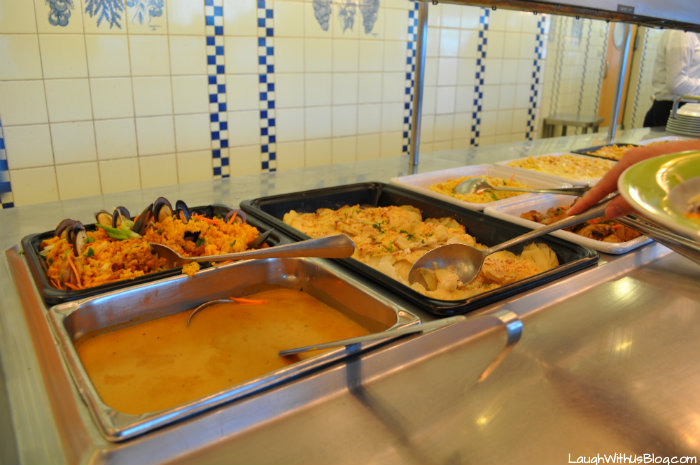 The food was delicious with tons of options and beautifully served. 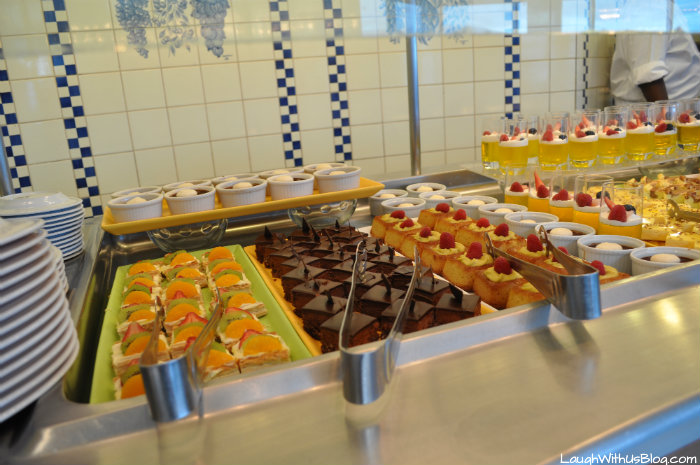 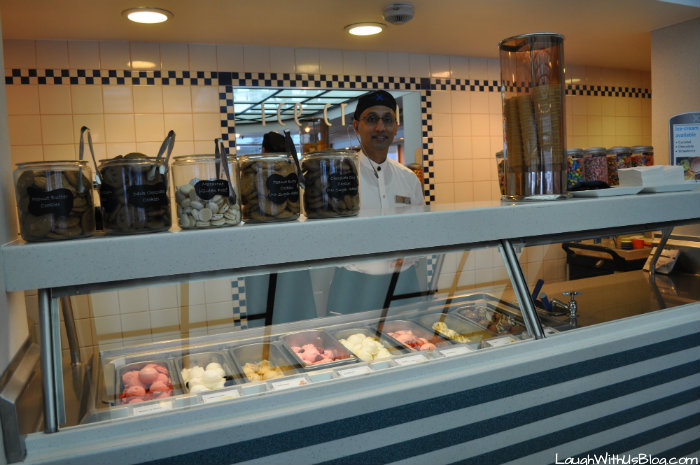 The layout, the food, the choices were amazing.  But then there was the ice cream bar.  Wow, a homemade ice cream bar!  We couldn’t help but think how the kids would really have liked this! 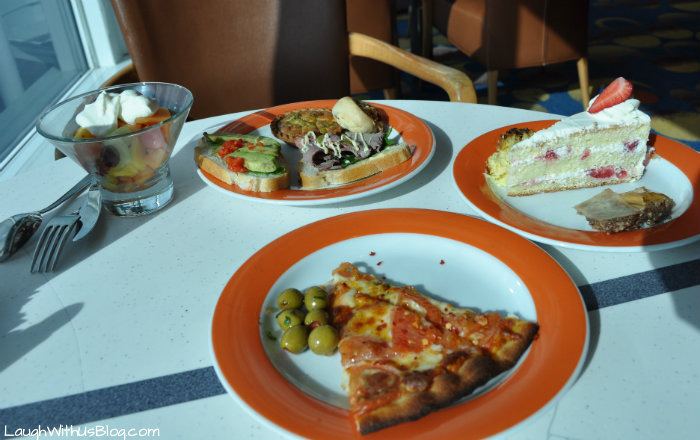 Truth be told I probably preferred the food at the Oceanview Cafe to the Metropolitan Restaurant.  I just like more varied dishes than so many meat and veggie entrees served at the Metropolitan, but we usually went that route anyway preferring to sit down and be waited on.  Either way you can’t go wrong.  The food was delicious! 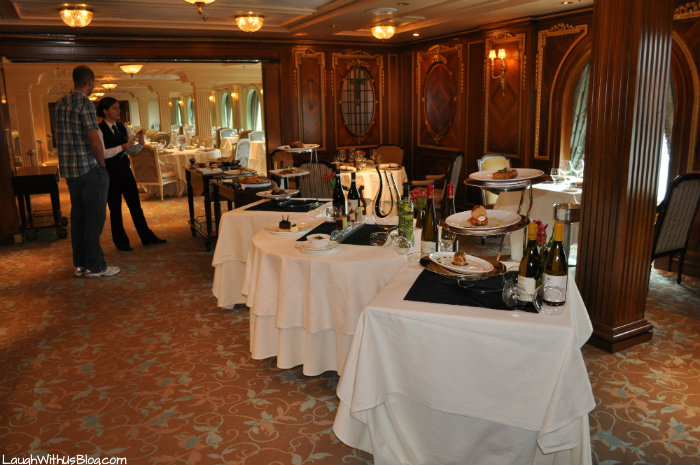 Celebrity Millennium also has three for pay restaurants open to all guests.  Jason and I debated and really considered trying them.  In the end we didn’t simply because the food already included in the price of the cruise was so good that we couldn’t imagine spending the extra $45 per person.  But I did take a tour.  The Olympic is a French restaurant and reportedly has the paneling from The Olympic, the sister ship to the Titanic.  It really was beautiful. 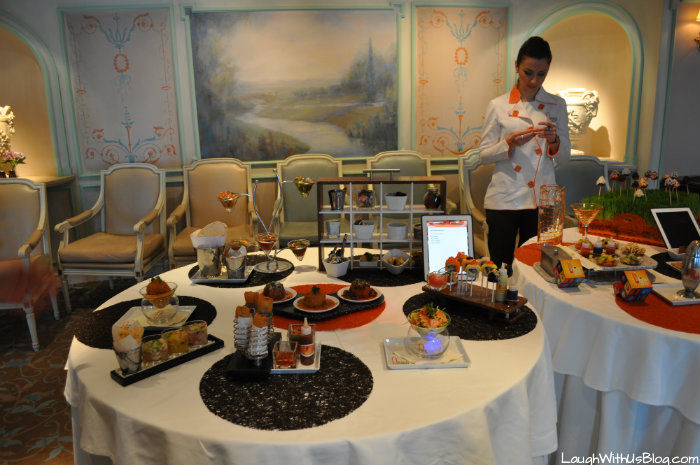 Here was a sampler from the Qsine Restaurant.  This is the one that was most tempting to me.  Food in this restaurant is all served in a very unique way.  You order your food on an ipad and you can order as much as you want.  I really wanted to try their tacos.  With all the great food on the ship, you can’t imagine how I missed tacos!!! 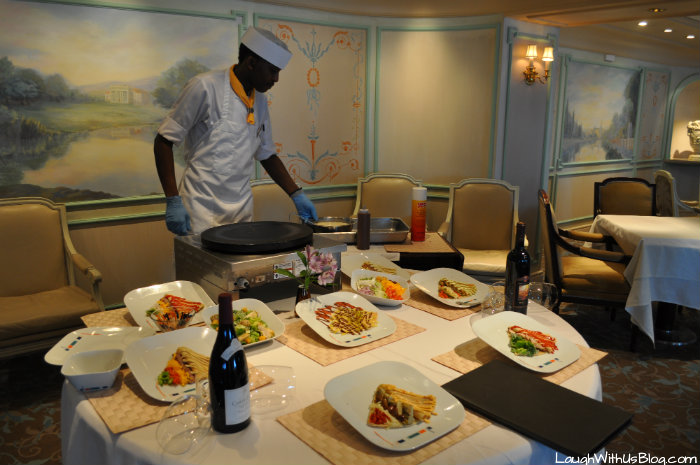 The third for pay restaurant available is the Bistro on 5.  It is only $7 per person and Jason and I had planned to go.  The restaurant has a great view!  But here again, after seeing a sample of their menu we decided to enjoy the food that was already included.  Maybe another time we will venture out.

So there you have it.  Did you make it through all those photos?  Are you hungry?  Jason didn’t gain an ounce…but you know I did.  It’s back to the treadmill for me.  🙂