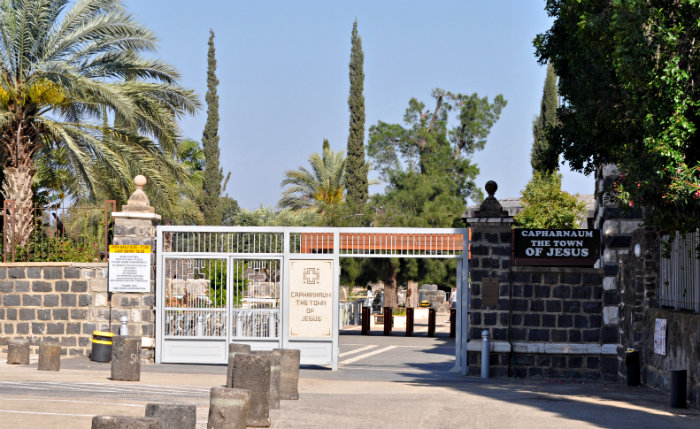 After visiting what is believed to be the site of the Sermon on the Mount, we headed to Capernaum, you know, the town of Jesus!  This place is amazing and I only wish we had, had more time here.  We saw so much on that first full day of touring that I felt like we were flying through the amazing biblical sites. 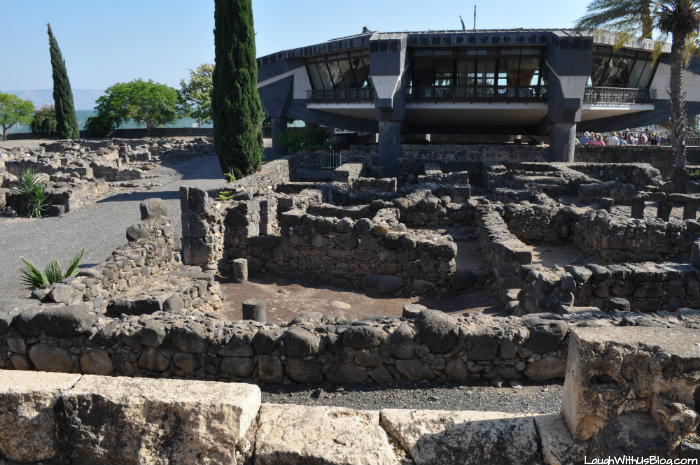 There are many ancient ruins in old Capernaum, but in the back of the photo in the building is what is believed to be the house of Peter. 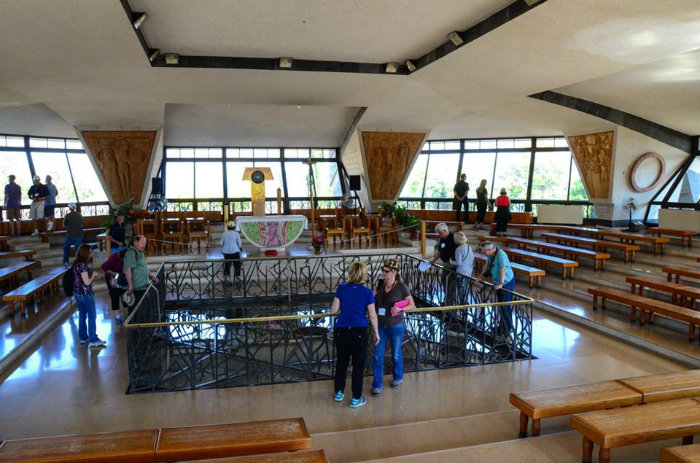 This is the inside of the building.  In the back is a shrine and there are benches all around for people to sit and pray.  In the middle of the room and under glass is the spot that is believed to have been Peter’s house.

Beneath the glass are ruins from the 1st through 4th centuries.  It is believed that this is the place of Peter’s house from as far back as the 1st Century.  Two churches were constructed over it to preserve and commemorate the spot. 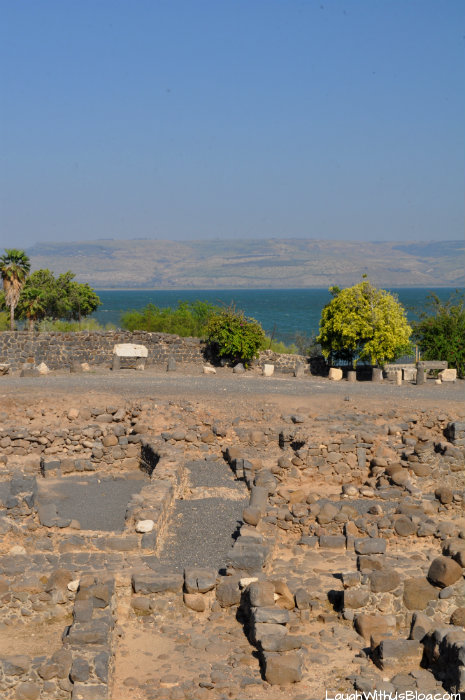 Outside the ruins with the beautiful Sea of Galilee and mountains in the back ground was gorgeous! 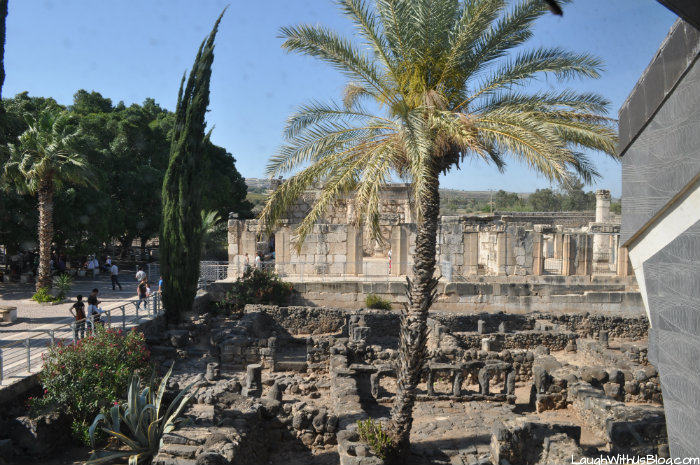 We were told that the dark stone ruins in front of the old Jewish Synagogue were from Biblical times.  It’s so hard to imagine something that has been there that long! 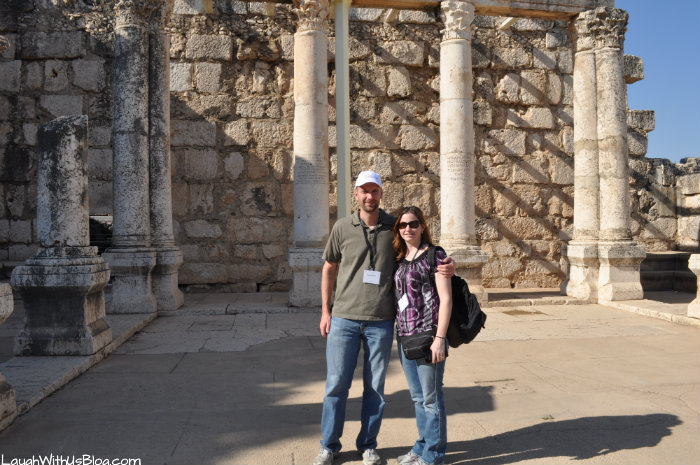 Here is our token, “We were here” shot.  I was amazed at the ornate beauty of the buildings and carvings that were done so long ago.  The Synagogue was built in the 4th Century over the foundations of what is thought to be a 1st Century Synagogue.

This is the actual city of Capernaum from the Bible, the town of Jesus!!

13 And leaving Nazareth, He came and dwelt in Capernaum, which is by the sea, in the regions of Zebulun and Naphtali, 14 that it might be fulfilled which was spoken by Isaiah the prophet, saying:

15 “The land of Zebulun and the land of Naphtali,
By the way of the sea, beyond the Jordan,
Galilee of the Gentiles:
16 The people who sat in darkness have seen a great light,
And upon those who sat in the region and shadow of death
Light has dawned.”