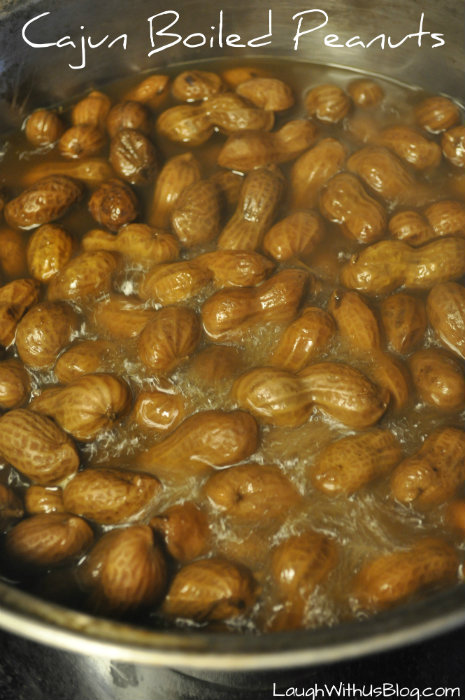 My pastor is from Florida.  One day at church he asked me if I had had boiled peanuts.  “Yes!” was my instant reply, but then I couldn’t really place where I had had them.  I thought it was in Mexico.  He said they were a common snack in Florida.  So on our recent trip to Florida I found a gas station/gift store that was selling boiled peanuts outside of the store.  I HAD to try them.  As I opened a shell, I was sure I had done this before.  Then I popped a peanut in my mouth.  It was an instant feeling of going home.  The texture of the peanut was very familiar, but the flavor was different.  These had a spicy, Cajun flavor.  Still I thought that maybe I had eaten boiled peanuts in Louisiana when we lived there.

They were so good that when I came home I wanted more.  I would make them!  Still unsure of where my boiled peanut memory came from, I googled “Mexico boiled peanuts.” Nothing.  I tried, “Mexican street snack boiled peanuts.”  Still nothing came up.  I mean nothing at all.  Well, it must have been in Louisiana I decided.  I researched making boiled peanuts, and it’s so simple y’all.  It just takes many hours of boiling, but on a day when you’re home, they are so easy to make.

First I tried a Cajun recipe.  My clan said it tasted just like the ones we tried in Florida.  It was pretty close anyway.  Then I made just plain salted boiled peanuts.  That was definitely what I remembered.  When I went home for Christmas, I asked my sister Sara about it.  “Oh yes, she replied, when we were little in Mexico we used to buy boiled peanuts on the street!”  Mystery solved.  Still, most of my family prefer the Cajun recipe.  You should try it!  Here’s what you need! 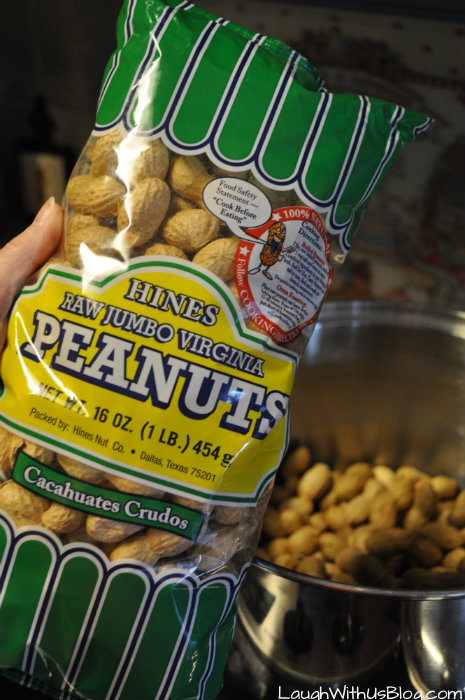 I wondered if raw peanuts would be hard to find.  I saw online that my Walmart carries them.  Sure enough they are on an end cap close to the produce section of my Walmart. 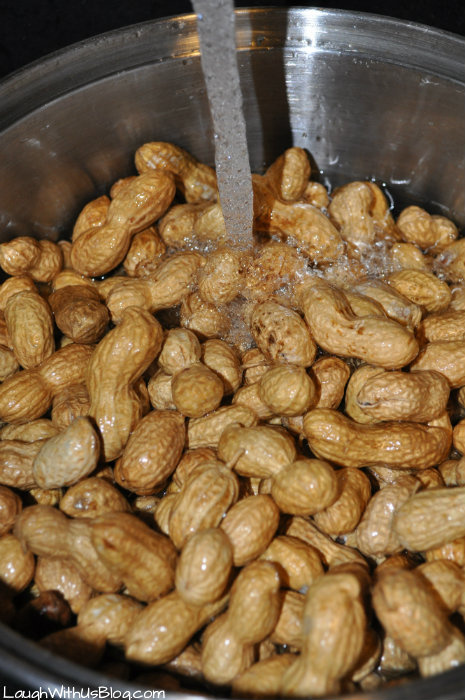 First, rinse the peanuts well.  Leave them soaking in water about 30 minutes.  Then rinse them again to make sure to loosen and remove any dirt on the peanuts. 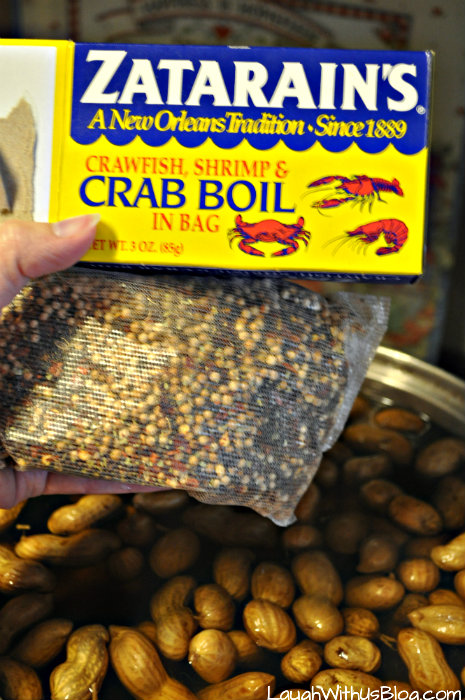 I used an 8 quart pot.  It is the biggest one I have.  After I washed the peanuts I filled the pot with water all the way to the top.  Place the bag of Crab Boil in the pot.  Next bring the pot to a boil on high heat.  Once the peaunuts are boiling, continue to boil on medium heat.
At first the peanuts float.  I saw many advise putting a plate on the pot to submerge the peanuts.  I thought this was completely unnecessary.  After a few minutes (about 30) of the peanuts boiling, they quit floating, and then just add more water to fill the pot.  Continue to add more water to the pot as it evaporates.  Adding the salt early may lengthen the time it takes the peanuts to soften.  I boil the peanuts for 3-4 hours until they are beginning to get tender and then add the salt and Cajun seasoning and boil for an additional 2 hours or so until the peanuts are to desired tenderness.  They shouldn’t be squishy, but neither should they be crunchy at all. 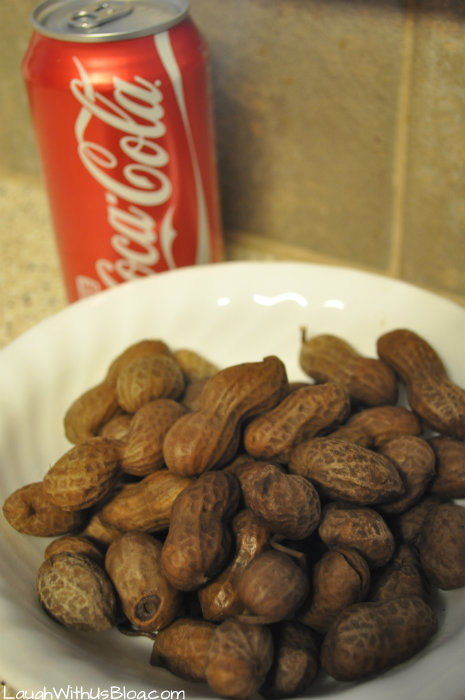 The peanuts are highly seasoned, but not too spicy for those more sensitive pallets!  Mmmm!  Warm boiled peanuts with an ice cold Coke is the perfect snack…pretty much anytime!
Have you tried boiled peanuts?  What are you waiting for?