Disclosure: This is a sponsored conversation written by me on behalf of Britax. The opinions and text are 100% mine. 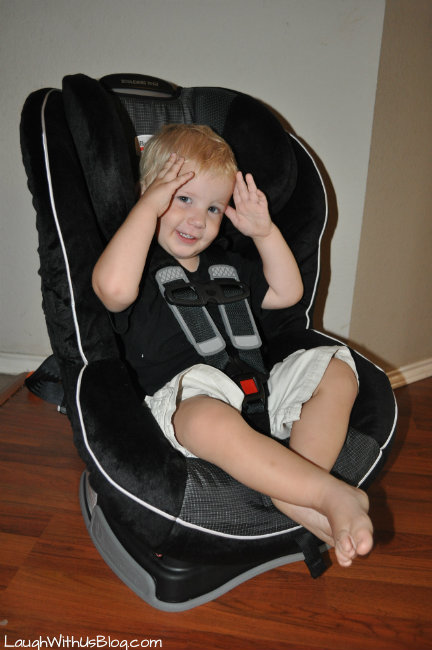 Our little Bobby was so excited to try out his new convertible car seat from Britax! He saw the box sitting in the middle of the floor, and he just knew it was for him! I still had Bobby in his infant carrier car seat, and he was (gasp) taking his seat belt off by himself! Thankfully his older sister sat next to him in the back of the van and would keep a close eye on him. 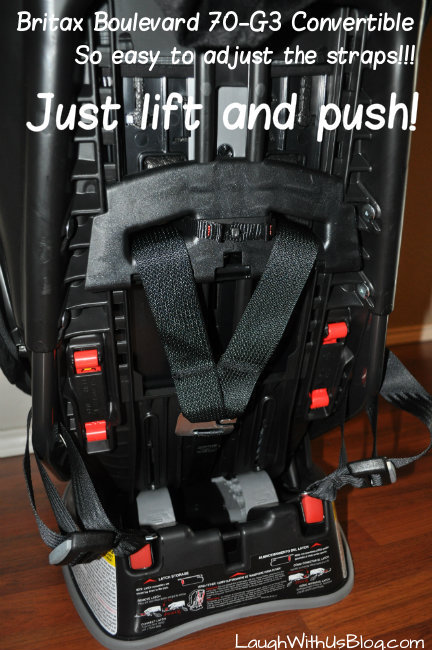 The first thing I did was adjust the straps so that they would fit our little guy. This is always my least favorite thing about a car seat. It just seems like it takes forever to weave all the belts in and out, plus I’m always worried I won’t get them back on right. So as usual (I have five children.) I was was groaning inwardly about adjusting the straps. Oh my goodness. It is so easy on the Britax Boulevard 70-G3! You just lift the lever and push up! That’s it! No weaving the belt in and out. I am in love! 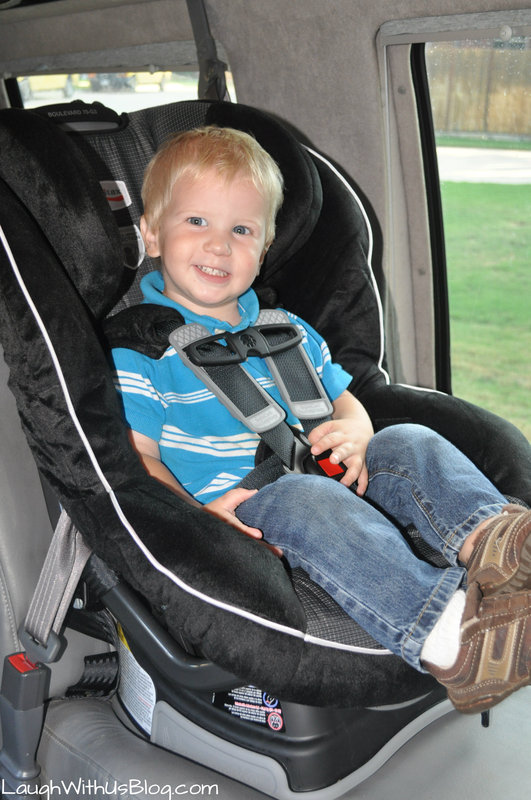 Although I had read about the many safety features on the Britax Boulevard 70-G3 Convertible Car Seat, I didn’t really start looking at them until we started strapping the seat in the van. Above you can see the integrated steel bars. There is side impact protection. The base is equipped with SafeCell Technology. It is designed to compress in a crash keeping my child safer! See the added cushion around his head? It is equipped with energy absorbing Versa Tether that reduces forward movement and rotation. 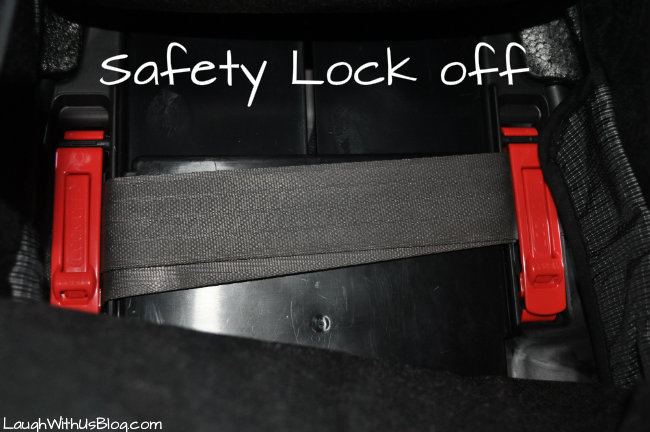 I especially liked the lock off inside the seat that holds the seat belt in place!

My little guy is loving his big boy seat and I feel so much safer with him in it. I have learned so much about the safety of car seats in crashes and am thrilled that Britax goes over and above the safety standards for car seats!  We have never owned such a well made and safe car seat!

Britax is generously giving one away to one of my readers as well! Enter to win in the Raffelcopter below!
a Rafflecopter giveaway

Make sure to follow Britax on Facebook and YouTube to be informed about the latest promotions! Safety matters when it comes to car seats. I want one that will protect my child. And Britax convertible car seats have so many safety features — and knowing that makes me feel like my child is safe while in the car. Click here to learn more about Britax safety features. *This is a sponsored conversation written by me on behalf of Britax. The opinions and text are 100% mine.