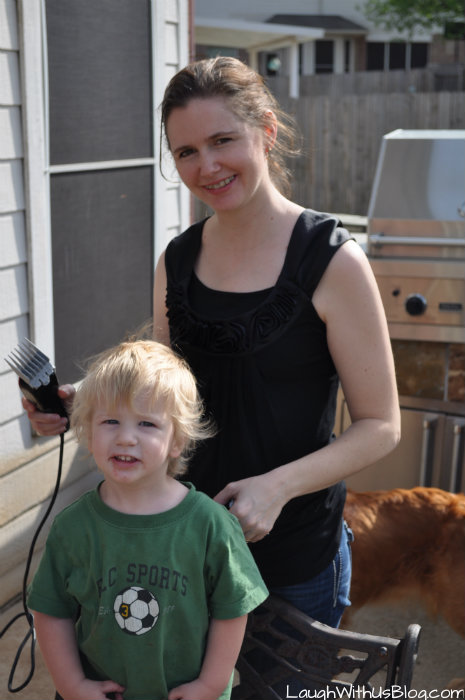 Time for Bobby’s hair cut.  Okay, okay I admit it.  It was WAY past time for his hair cut, but it was SO cute.  At least I thought it was!  I’m sure many wondered why the crazy mother didn’t cut it sooner, but hey, I’m the mom so I get to decide…or Daddy says, “Cut his hair right now!” which ever comes first! 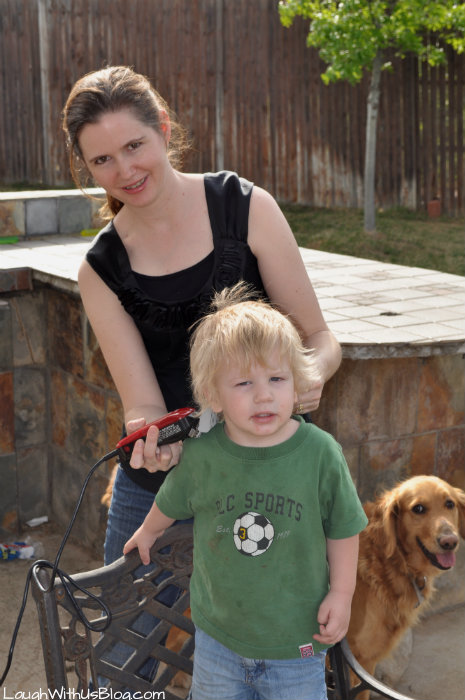 Several years ago Jason decided that one way we could save money was by me cutting his and the boys hair.  I was so worried about it at first.  I didn’t want to mess up his hair.  Jason, my husband, gave me that look and said, “I don’t have enough hair for it to matter!”  He promised  he wouldn’t hate me if he didn’t like it.  He purchased a cheap pair of clippers at Walmart.  With fear and trembling, I still remember giving Jason his first hair cut.  He knew exactly what sizes of clipper guides to use for the cut he wanted.  It was incredibly easy! 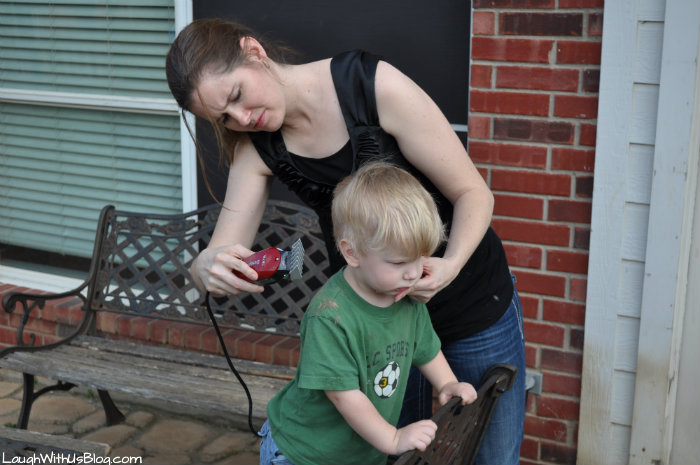 There have been times here and there when I made minor mistakes or missed something that I went back and finished later, but nothing crazy embarrassing, at least not yet.  The boys have never seemed to mind me cutting their hair.  They just sit or stand until I’m through. 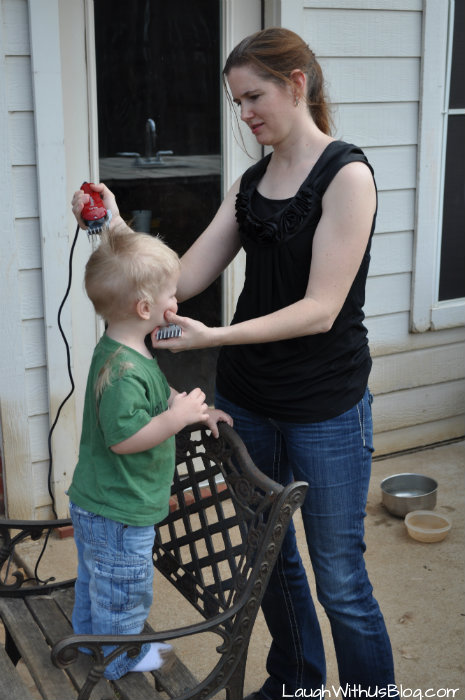 That first pair of clippers were no longer working very well after over a year of use.  My sisters in law who both do hair encouraged me to go to Sally’s and get a good pair so that’s what I did.  The very nice lady at Sally’s recommended the WAHL Designer clippers that were on sale and also came with the PEANUT trimmer.  I’m loving them! 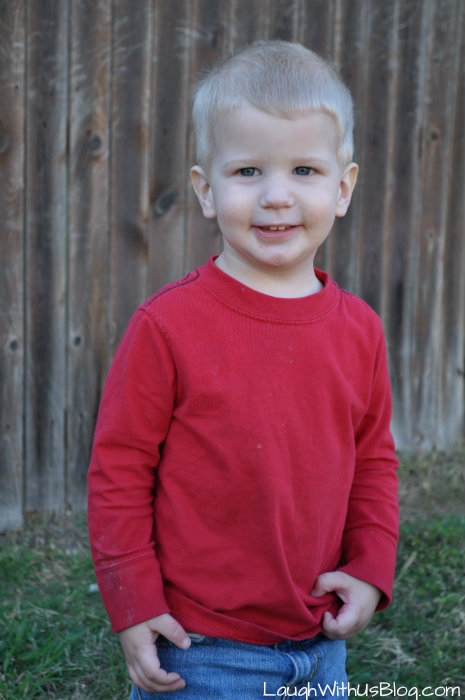 And there he is!  He looks so handsome with his new hair cut that I almost don’t miss his wild, crazy hair.  But he looks so much more grown up.  Sniff!