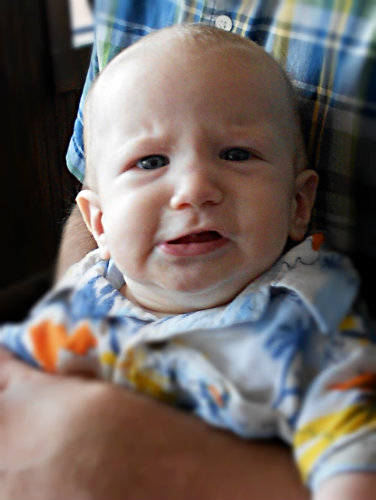 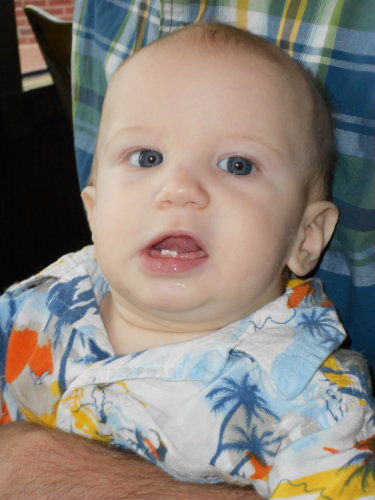 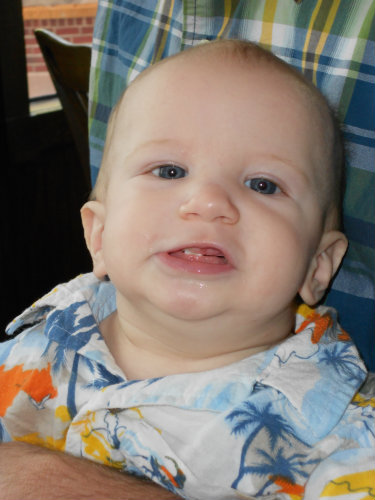 I know, I can’t believe he is six months old either.  It doesn’t seem possible, but I keep saying that.  His favorite thing to do is hang on my hip.  He objects quite loudly to being put down or to me sitting down for that matter.  He loves to be on the go and seeing new things.

His top two teeth are giving him a lot of trouble.  I blame them for his waking me up more at night and all around less contentedness, but he should get some relief soon.

His sisters continue to dote on him and proclaim every so often that they want a baby just like that of their own.  He must be more interesting than their dolls.  When he begins to cry though they are more than happy to give him back.  When I’m a grandma some day I’m going to have fun giving their babies back when they cry too!  🙂

Little Jason has now acknowledged his existence about three times!  When asked he says he doesn’t like Bobby, but when no one is watching he’ll go play hide and seek around the exersaucer with him.  I do hope they become good friends some day.