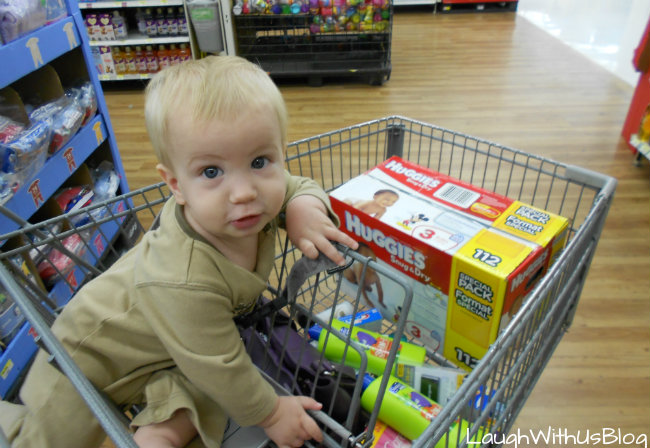 Bobby is growing up!  In just a few more weeks he will be a whole year old.  How can that be?  At this point he’s not the greatest shopper in the world.  He will only sit in a cart so long.  I took him to Walmart to buy some Huggies Snug and Dry this week.  He was starting to get fussy until he saw all the babies on the Huggies boxes.  When I put the box in the cart he tried to climb back there to get it!

I was happy to hear that Walmart has a new Roll Back price on Huggies Snug and Dry for $22.94!  For my entire shopping trip including how else we saved money, check out our Google+ album. 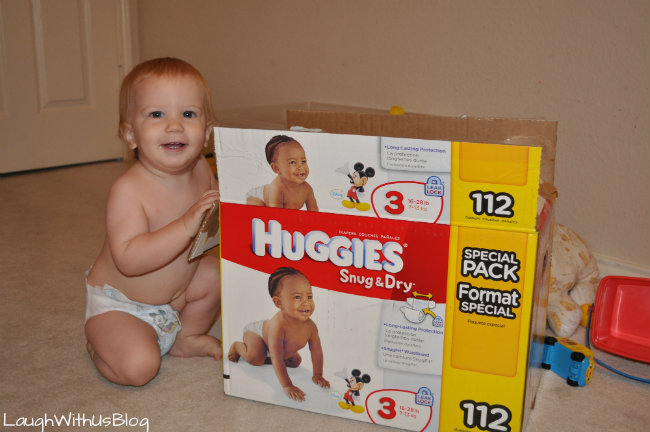 At this point Bobby is into everything.  He is just now beginning to understand the word “no” and is not liking that very much. Crawling everywhere he is and pulling up a lot too, but he has not gotten cruising down yet.  This mama is not complaining! 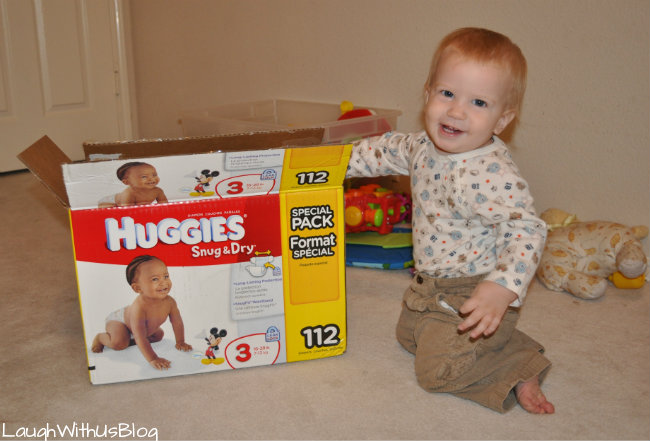 Bobby definitely knows what the camera is and seems to love to smile for me, just before he crawls over and tries to grab the camera that is! 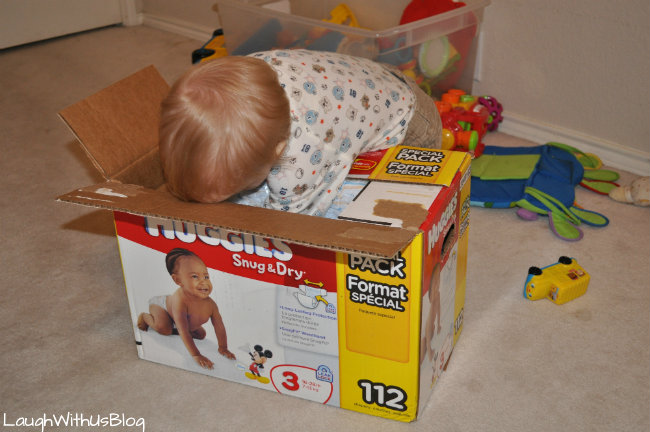 Now why do we buy toys when they have so much more fun with a box? 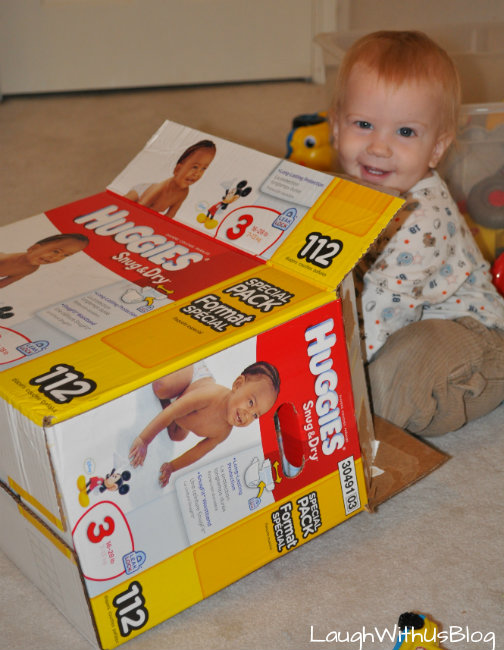 He wasn’t quite able to get in the box as it still contained a bag full of diapers, but that didn’t stop him from trying!  Bobby now tries to say his sister’s names and other words.  He tries to say lots of things, but his words are not very clear yet.  I expect him to be talking much more very soon.  The poor kid needs a hair cut.  I’ve been putting it off.  Somehow it will make him seem older with a fresh hair cut.  Sniff! 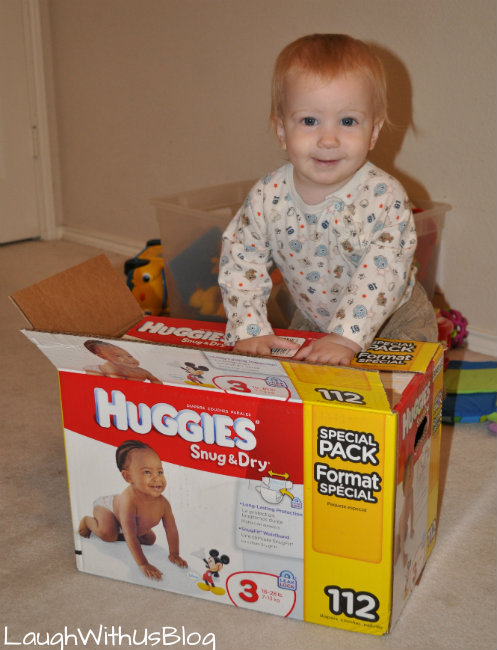 Huggies are our preferred diaper!  When Bobby was newborn I was using the diapers that we received from the hospital.  I kept having to change not only his diaper but his clothes as well because the diapers kept leaking.  Once I put him in Huggies, I don’t remember having any more trouble with leaking or blowouts!  A box of Huggies are a great gift for a new mom!

I am a member of the Collective Bias®  Social Fabric® Community.  This shop has been compensated as part of a social shopper insights study for Collective Bias™ and Huggies. #CBias #SocialFabric