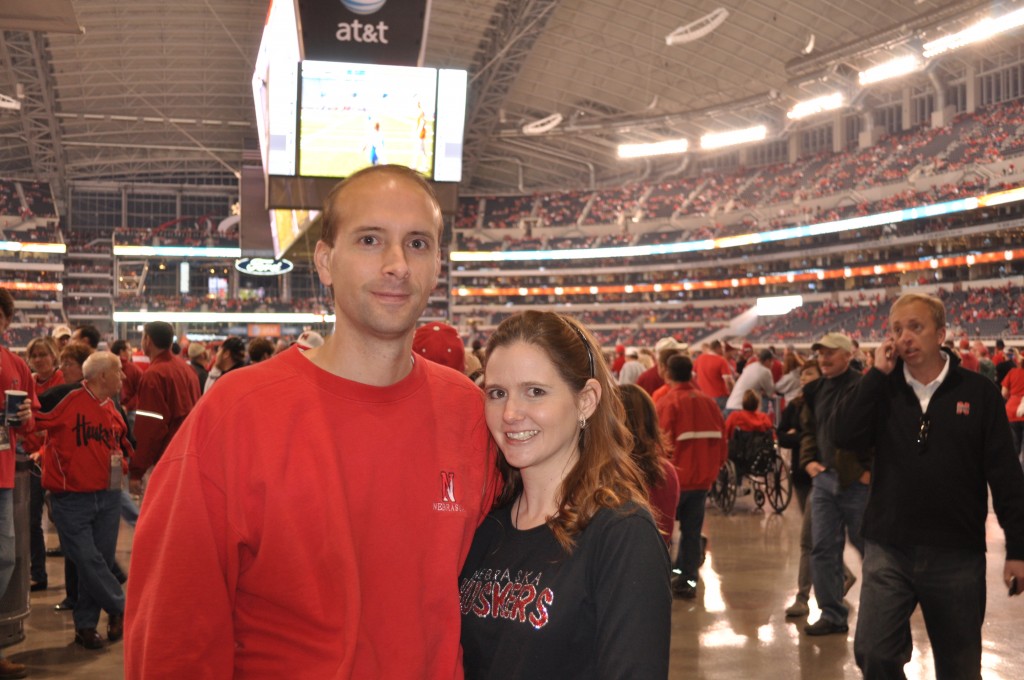 This is at the entrance of the stadium!  What an exciting day!  It has been years since we were last at a Husker game and neither my husband nor I had ever been to a  Championship game.  Jason’s parents drove down from Nebraska and went with us. 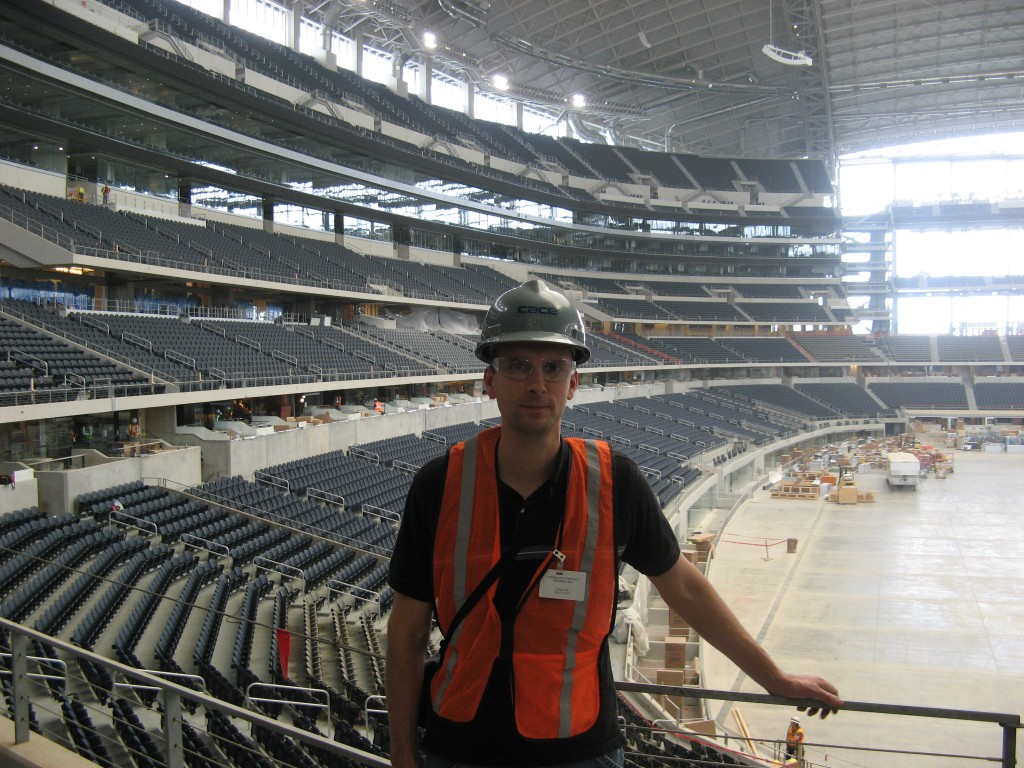 I have also been dying to see the new Dallas Cowboy Stadium.  Jason had the huge opportunity of working on the stadium.  The firm he works for designed all of the concrete.  Jason worked mainly on the concrete beams.  So although he worked on site at the stadium for about six months I didn’t ever get to go see it because kids were  not allowed on the construction site.  Had I known how expensive the tours are now I would have made the effort to hire a babysitter. 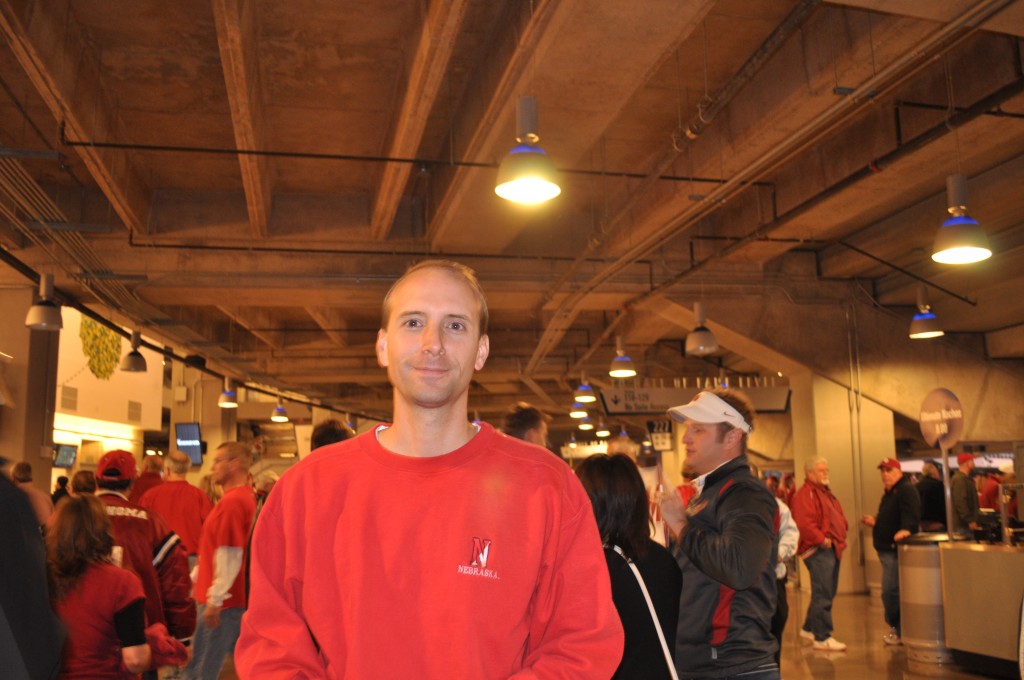 We walked around ooing and ahing at the gorgeous massive complex.  Finally, I asked Jason to show me what he did.  He pointed up to the ugly concrete, so I took his picture under his design work and thought, “Lord please don’t let this fall down and kill thousands of people!”  🙂 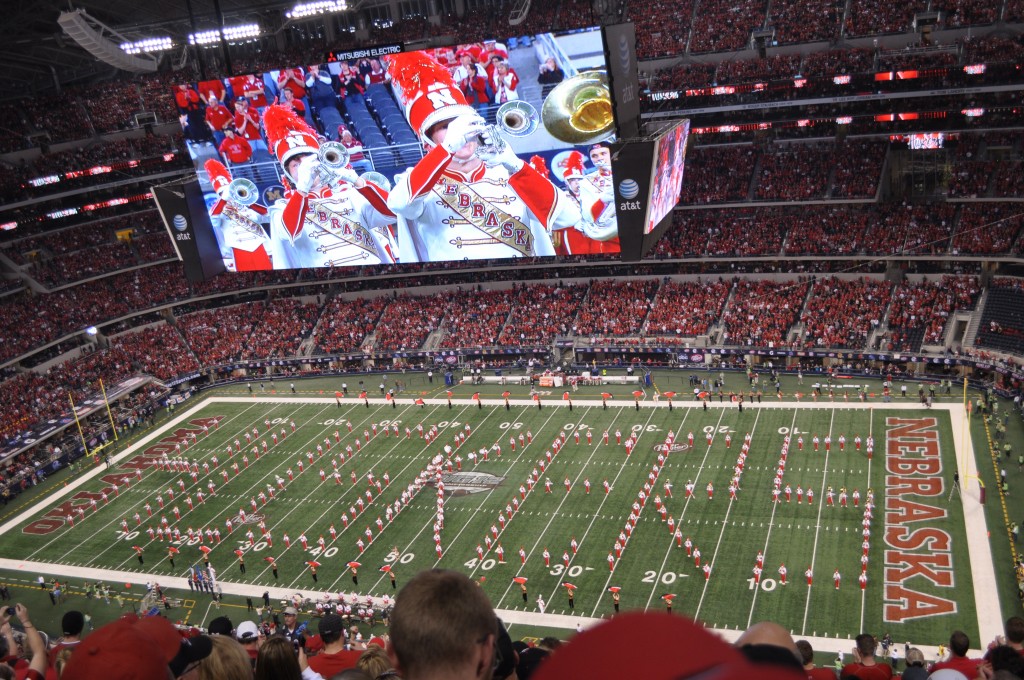 It was so fun to see the pregame show, one of the many things I miss about watching the games on TV. 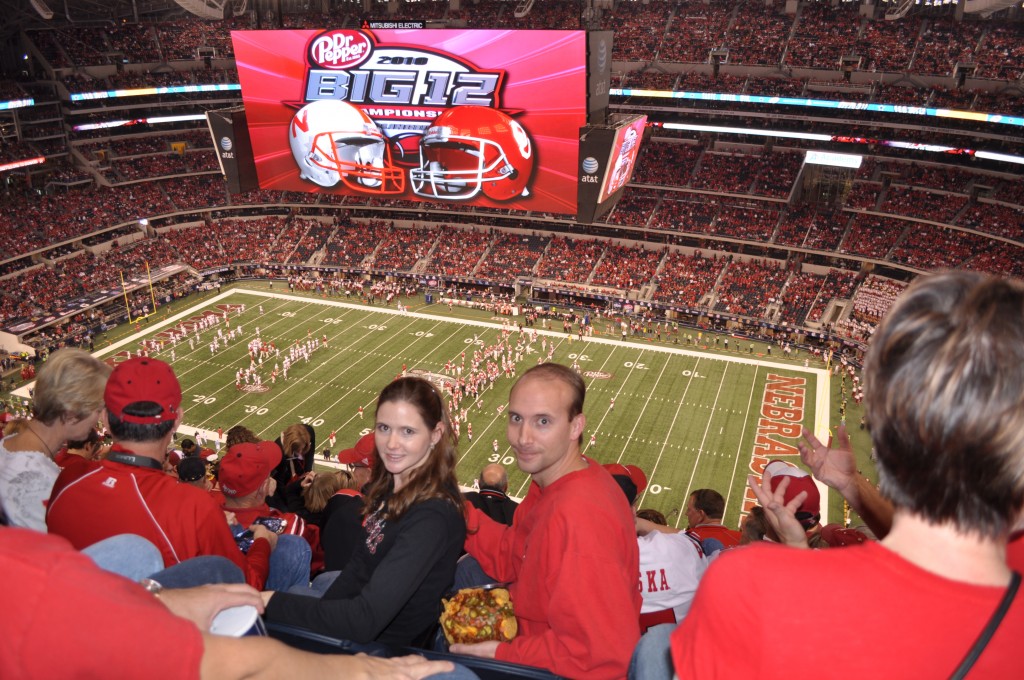 Our seats were at the very top and they were great seats.  There really aren’t any bad seats in this place.  We were in the Oklahoma section.  I was so surprised to find it was full of Nebraska fans.  Close to us there was only one lone Sooner.  It was an awesome…first quarter!  We had a ball!  Congrats to all my Sooner friends!