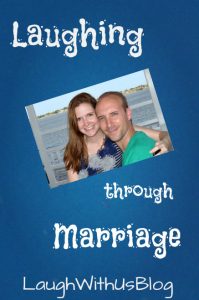 As you’ve heard on a few occasions, I’m pretty much a chicken when it comes to driving.  I’m okay on my beaten path–during the daylight, but I try to avoid driving at night all together.  And downtown Dallas?  No way!

One morning I received a phone call from my husband; he said, “I need you to go get my spare keys and bring them to this address–now!”  There are times to make appeals to my husband’s request and then there are times like this.  My husband didn’t have a cell phone of his own and he was at a job site so I’m sure he didn’t want to do a lot of explaining right there with people listening.

Madly, I ran around and herded everyone into the van.  My phone with GPS was still relatively new, but I figured it was a great occasion to use it.  I typed the address into the phone and followed the directions.  I was nervous especially with the kids fighting and yelling in the back.  Before I knew it, I was downtown Dallas!  I was petrified.  The traffic was horrible with semis pinning me in.  I was straining to hear the directions coming from my phone.   I had no idea where I was going and was just following the directions blind.  Then the phone started ringing.  I still have no idea who I hung up on.  I needed to know where to go.  Traffic would be cruising and then all of the sudden come to a complete stop.  I thought we were going to die!  Forty five minutes later I pulled into the parking lot where my husband was waiting for me.  My heart was beating fast, and I was shaking all over!

He took the keys saying that he thought he lost his set somewhere on the job site?  I asked if he had looked in his car.  He said had, but couldn’t see them.  Well, sure enough they were locked in the car!  Locksmith.  Who needs one when you have a wife right?  🙂

Then I had the whole drive home.  I tried to figure out how to take an alternative route, but couldn’t figure it out.  So I bribed my children with ice-cream if they would be quiet the entire way home.  Not the best parenting technique, but works in an emergency!  I didn’t hear those kids once!  The trip home was much, much better.

So that’s how my husband tricked me into driving through Dallas.  I have since purchased him his very own cell phone.  I think it was for his birthday.  He did question as to whether it was really a gift for me, but all I had to do was say, “MP3 Player.”  Yep the one that he gave me for my birthday a couple of years ago.  I never touched the thing.  It is now broken from over use!  Ha ha!