*Disclosure: I participated in this sponsored campaign for One2One Network. I received monetary compensation and product to facilitate my post, but all opinions stated are my own. 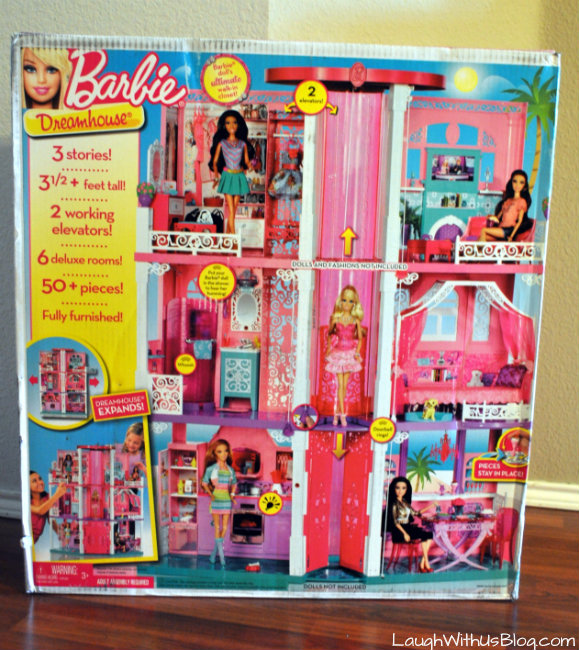 In June Joy and I met up with Barbie on her #BarbieIsMoving tour!  Well, After all her travels, Barbie realized that Malibu is where her heart is and has decided to stay there in a newly renovated Dreamhouse!     Joy and Grace were so excited to see the box of their very own Barbie Dreamhouse on our door step!

When I opened the box to put together Barbie’s Dreamhouse, it looked impossible.  There are so many pieces!  Enter this awesome instructional YouTube video!

I followed the video step by step, and I didn’t have any problems at all!  If I can put it together, anyone can!  It took me about two hours with multiple interruptions from the kiddos.  You know, I’m pretty proud of my accomplishment!  🙂 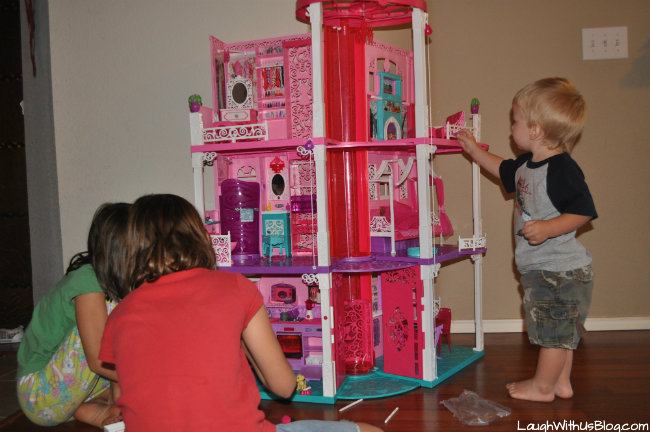 I kept my little boys away as much as possible as I was assembling the Dreamhouse, but with it was done they had to investigate too.  Little Bobby loved to dance to the music that plays at the push of a button.  My four-year-old son does run bys flushing the toilet as he goes and then laughs and laughs!  The newly renovated Dreamhouse is three-stories, has 6 rooms, two elevators, and unmatched “ocean views” of the Malibu coastline. 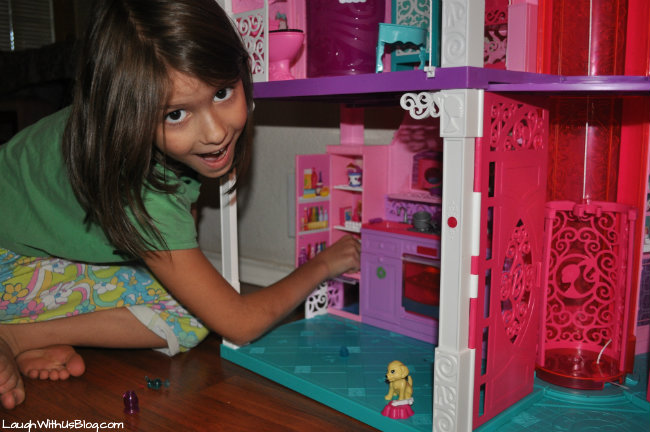 And of course her new Barbie’s Dreamhouse features a few luxe details – like pink stainless steel kitchen appliances and a walk-in closet with its own elevator – a first for the fashion icon. 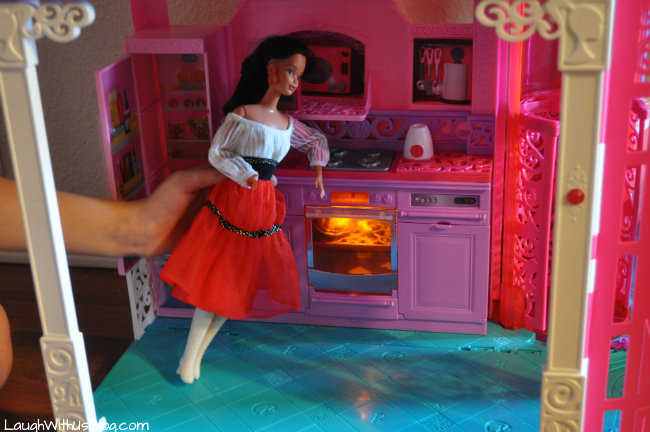 The lights, sounds, music, doorbell chimes, and moving elevators were the first things my children gravitated to.  Well to tell you the truth, as soon as I put the batteries in, I was the one pushing buttons! 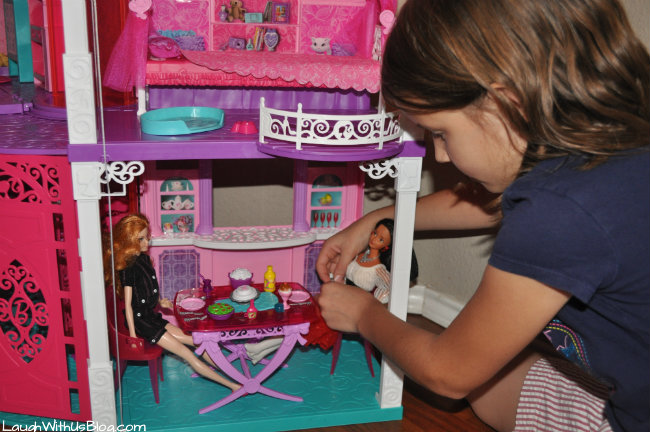 It is so fun to see my girls having so much fun with the new Dreamhouse!  I remember looking at the houses when I was little and just dreaming of owning one and they were nothing like Barbie’s new home!  Oh in fact, the Mexican Barbie above was mine when I was little.  She was my favorite and most prized doll! 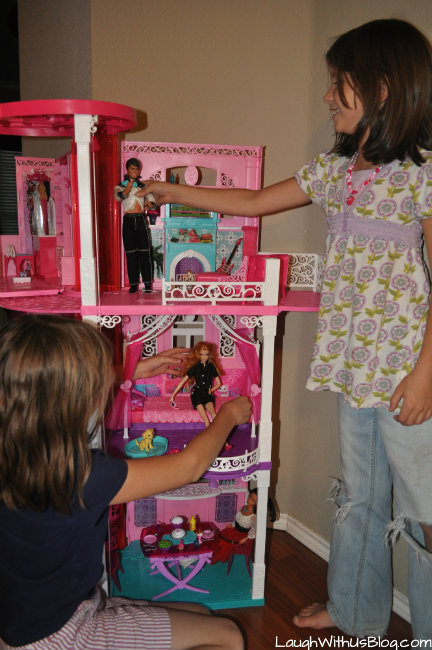 Barbie’s brand new 2013 Dreamhouse is now available at retailers nationwide for every girl who has always wanted a Dreamhouse of her own; available at Walmart and retail stores; MSRP = $184.99.