Our second full day of touring in Israel began at Banias Nature Reserve in the Upper Golan between the fertile Hula Valley and Mount Hermon.  Banias is full of both natural and historical beauty. 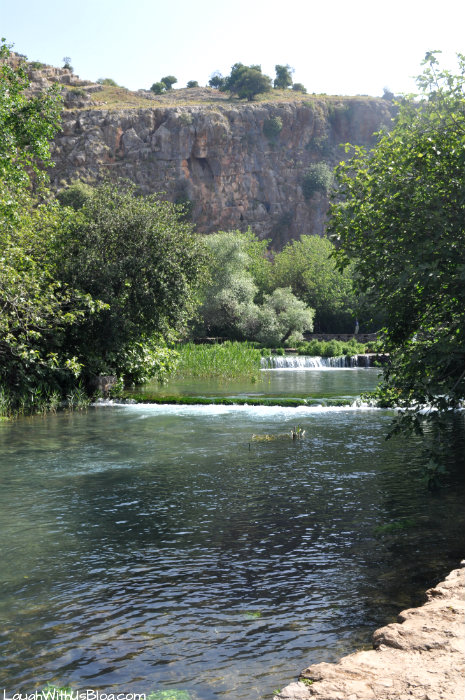 If you are like me, when you pictured Israel you thought dessert.  While there is desert areas I had no idea how diverse, green, and beautiful the land is as well.  Banias is the site of…Caesarea Philippi!

It was here at Caesarea Philippi that Jesus revealed who He was, and His plans to build His Church.

Matthew 16:13-16 “When Jesus came into the coasts of Caesarea Philippi, he asked his disciples, saying, Whom do men say that I the Son of man am? And they said, Some [say that thou art] John the Baptist: some, Elias; and others, Jeremias, or one of the prophets. He saith unto them, But whom say ye that I am? And Simon Peter answered and said, Thou art the Christ, the Son of the living God.”

We began our hike of Banias walking along this beautiful stream.  We would be walking up to the side of the mountain in the distance. 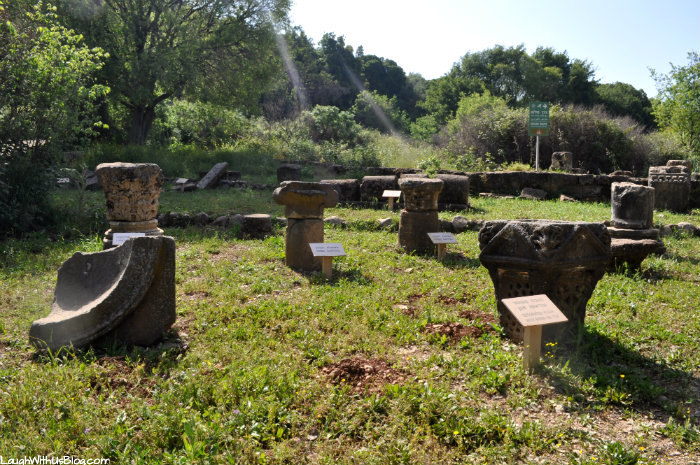 Throughout my trip I was continually astounded by the age of the beautiful things I was seeing. Just look at these pillars and alters. 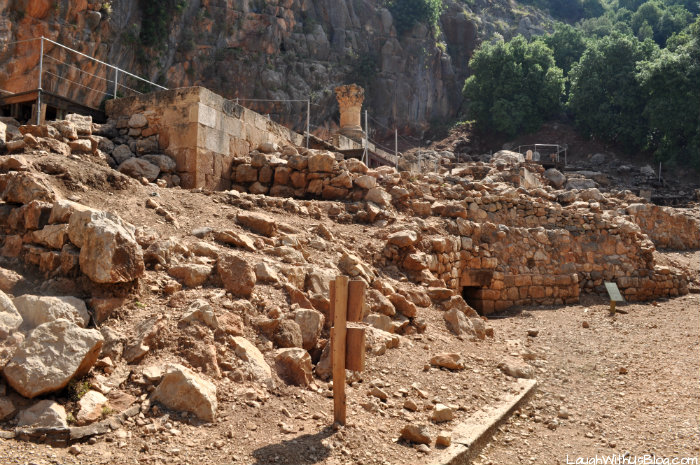 Here we are at the bottom about to walk up to the shrine to the god Pan. 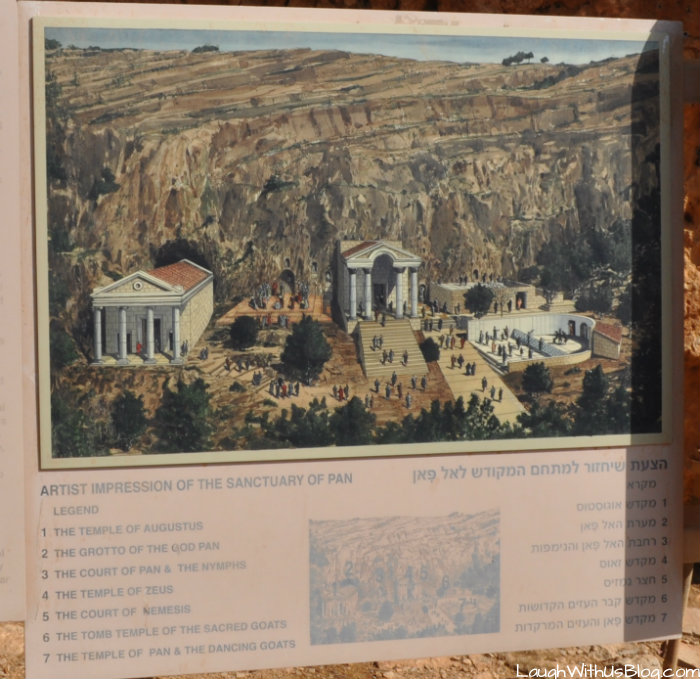 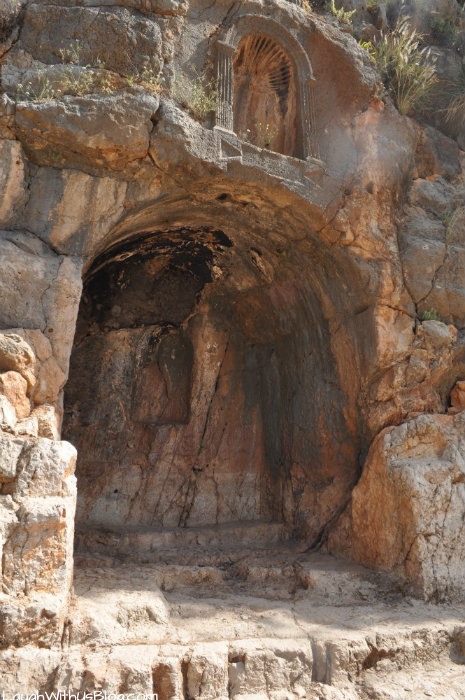 Pan was a Greek god that was half-man, half-goat and was often pictured playing a flute. 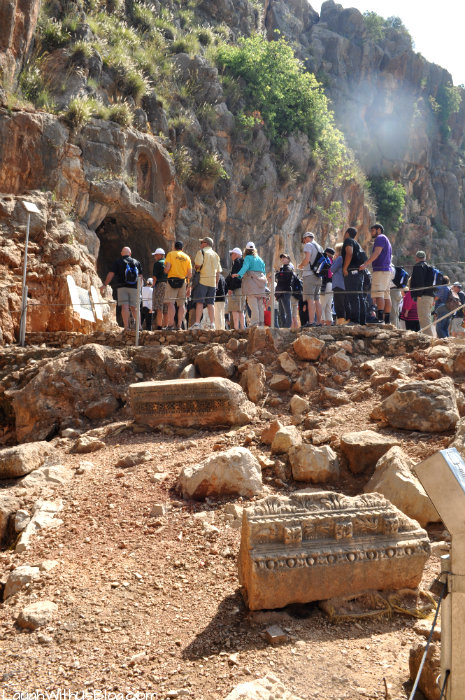 Pan was named after the god Pan in Greek mythology, the son of Hermes who played the pipes.  These are remnants of the Temple of Pan. 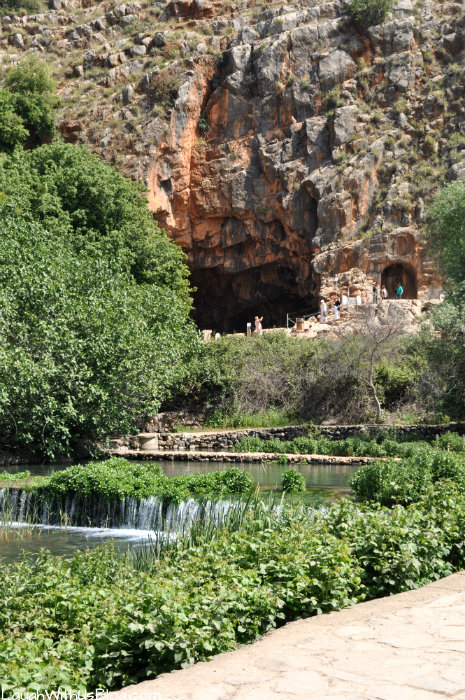 In the cave was a natural spring with what seemed like an endless abyss at the bottom.  Ritual sacrifices were cast into the water at the back of the cave.  If the people disappeared in the water it was supposed that Pan accepted the sacrifice.  If however signs of blood were found in the nearby springs the offering was thought to be rejected.  Horrors!

What struck me as I looked at what was left of these elaborate temples to pagan gods was the reality that people actually believed and worshiped them.  I mean I knew that, but to SEE it just made it all the more real in my mind.  To be able to see the ruins of these temples and know these are the people Jesus came to save. You know it gives me hope in our time!