Well, the man in charge told us we weren’t on his list, but we insisted we were part of the group and followed him anyway.  For a minute I was seriously concerned as I thought this was the man I had been in contact with all along.  He was wearing a name tag.  Though his clothing covered part of it, I could see the letters “ndy Bretz.”  The man we had been in contact with was named Andy with the same last name.  “Aren’t you the one we’ve been emailing?” I asked.  “No,” he replied.  I followed him anyway.  As it turned out, this was Andy’s father Randy and Andy was  in fact at the airport and also expecting us so all was well.  Whew! 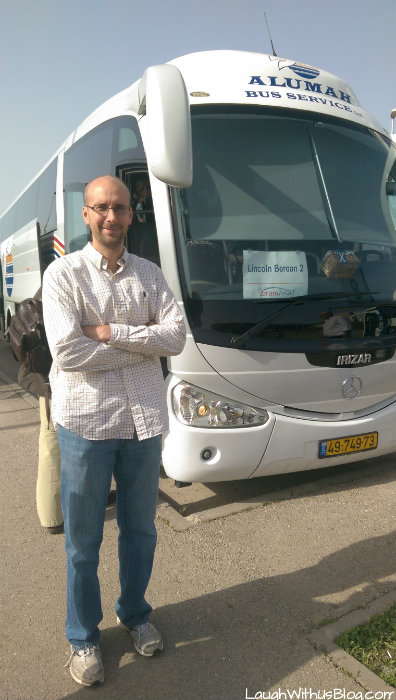 We exited the airport looking at each other in amazement.  “We’re in Israel!” we kept saying.  The bus was a short walk away.  I was immediately sorry that I had not stopped to use the airport bathroom on the way out as our tour bus did not have a bathroom in it.  No tour buses in Israel have toilets!  A small thing, but the fact did surprise me! 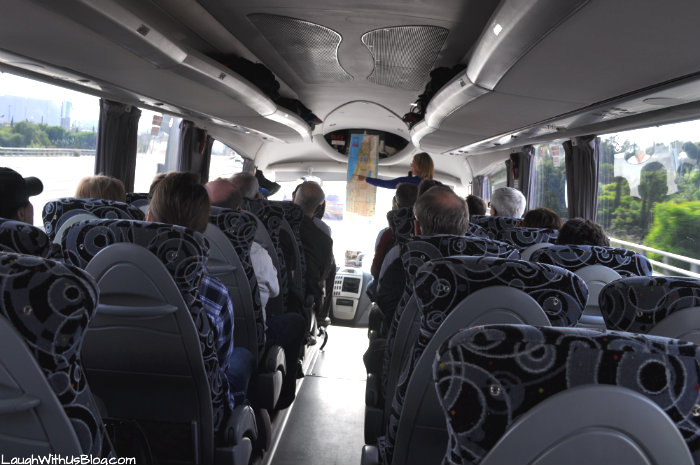 Our tour guides were fantastic!  Yahaloma was our guide as we drove away from the airport.  She began educating us from the beginning.  With a map she showed us where we were and where we would be going.  So exciting!

A little way into the drive I looked over at my husband.  “Are you okay?”  He shook his head “no.”  Rats!  I had thought about bringing him some Dramamine, but had in the end forgotten.  He was car sick.  I insisted we move up in the bus so he went forward a few empty seats. 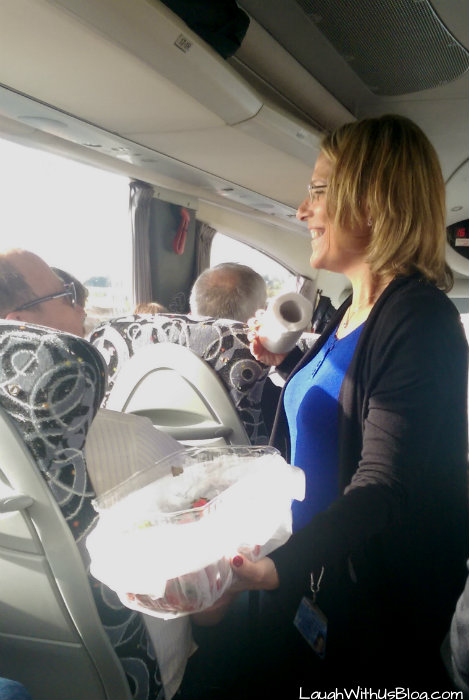 Pretty soon our tour guide walked down the aisle with our first taste in Israel–fresh strawberries from her garden!  I looked at Jason to see if he would take some.  He didn’t want to miss out, but uh…pretty soon…he saw them again.  Thankfully I had a zip lock back in my back pack!  They pulled the tour bus over to the side of the road.  That just figures doesn’t it?  Still, have never gone on vacation without someone getting sick!  On the bright side they put him in the jump seat and he had a great view for the rest of the drive!

I snapped a couple of photos as we drove.  I wanted to remember this first view of Israel.  It was so green and beautiful, not at all what most of us expected. 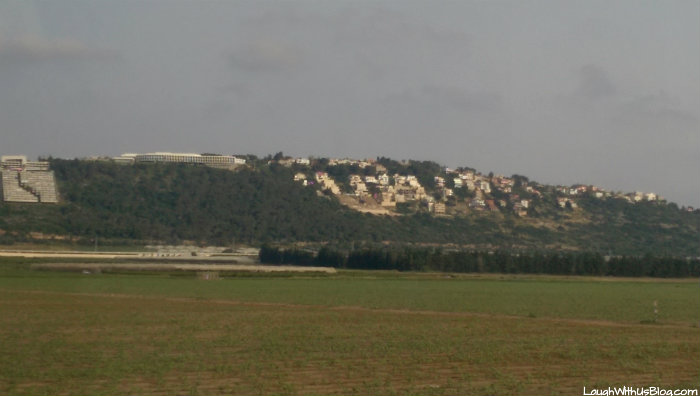 I tried to soak in the view.  I was looking at the land of Israel, the land I have read about my whole life in the Bible.  I couldn’t wait to see more!

My husband on the other hand, bless his heart, was just happy when we arrived at our destination…