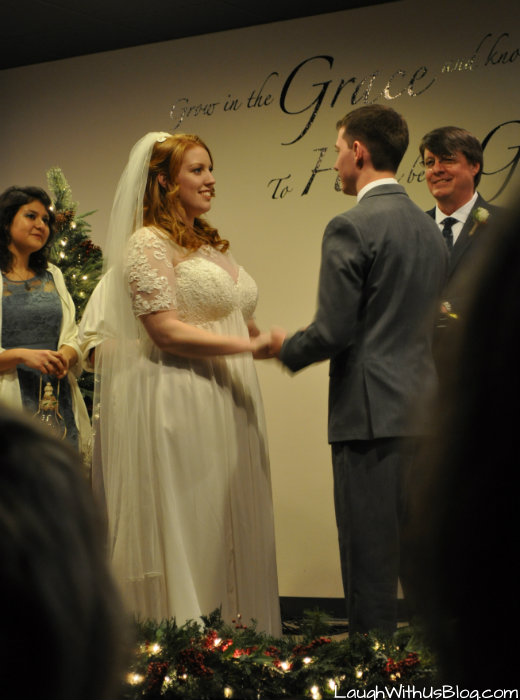 Out of the last five weekends of 2015 we were traveling for (gasp) four of them.  It was such a stressful time.  On the days we were home we were frantically trying to get school done, pack for the next trip, meet millions of deadlines, and attend a thousand and one Christmas get-togethers that, incidentally, I missed many of.  Grief.  One can’t do it all.

It felt great to finally be on the road to my niece Andrea’s wedding, with the proper clothing thanks to our very adventurous mall shopping day.  It was so great to get to visit with so many extended family members and friends.

I just can’t seem to avoid awkward situations.  They FIND me! It happened at the wedding rehearsal.  My daughter Grace was beyond thrilled to get to be the flower girl at the wedding.  “Oh, Mom, I NEVER thought I’d get to be a flower girl!” was her exact quote as she jumped up and down.  So for the rehearsal, I sat in the back to make sure Grace knew what to do. 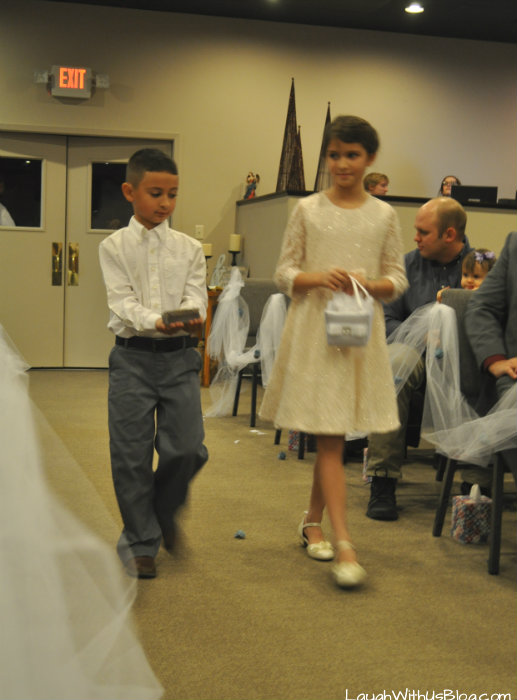 After the wedding coordinator had the bridal party perfectly instructed and situated in the front of the sanctuary, she, seeing me seated in the back of the sanctuary, asked if I’d come stand there in the back for the bride.  “Sure!” I jumped up and stood there.  To my horror she had me play the bride for the entire ceremony–TWICE!  I have never seen this done before, ever.  Have you ever seen a stand in bride for the rehearsal?  I found out later it was so that the bride could sit back and see what it was going to look like.

Walking down the aisle on my brother-in-law’s arm, standing in front opposite my niece’s fiance, repeating…VOWS it was all so weird!  My husband who was watching the boys in another room during the rehearsal said, “I saw a very strange site when I walked into the sanctuary…” Yeah, tell me about it.  Ha ha!

I just smiled and pretended it wasn’t awkward though I’m pretty sure my high school drama teacher would have failed my efforts.  In any case I lived through it, and I might even say it was worth it.  My niece, the real bride, came up to me afterward and said that her fiance’s dad asked if I was her younger sister.  Ha!  I’m going to live on that for a good long time.  My sister, her mother, however didn’t appreciate it as much as I did.  Ahem.  🙂 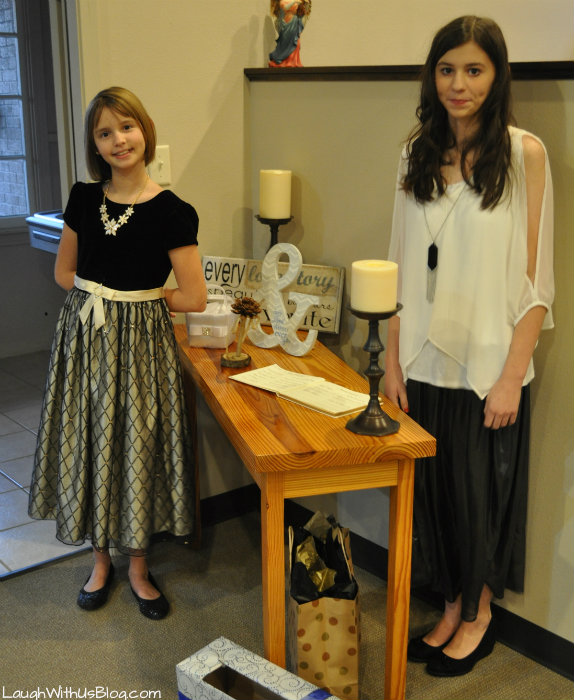 These two girls had fun collecting gifts, cards, and signatures as people entered the church.  Don’t they look pretty? 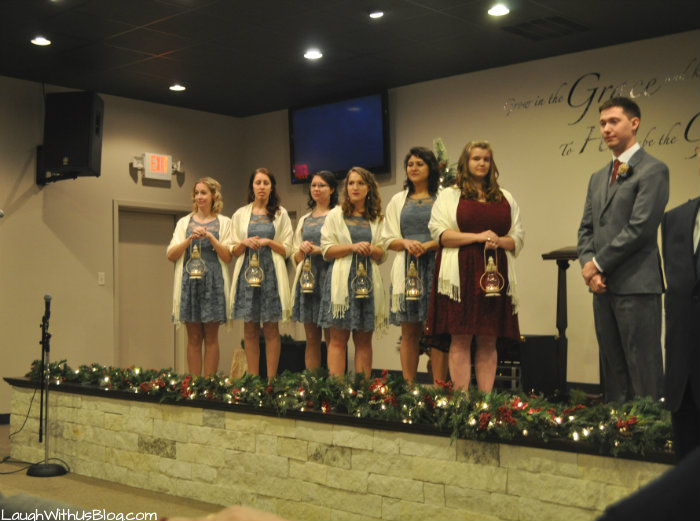 I didn’t get many photos at the wedding.  I was seated in a horrible spot for photos.  It was also a dark evening wedding, and I didn’t want the laser from my camera to interfere with the photographer’s shots. It was a beautiful wedding though!