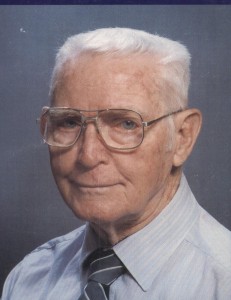 This is an excerpt taken from my late Grandfather Carl E’s book “As I Remember.” It is the continuation of his love story along with some humorous stories mixed in. Enjoy!

Fleddie was in doubt as to our relationship, and I could not figure out why. I had asked her to marry me, but she had not given a positive answer. I wrote her and told her to make up her mind because I wanted to get married, and if she was not willing, then I should be free to look elsewhere. I was willing to wait for some time, but I wanted her to be sure of what she wanted to do.

After waiting for several weeks, she wrote saying that she would like for us to continue being sweethearts, so I went home. As we were driving down the road on a date, she explained what the real problem was. She told me that she had made a profession of faith after a tent meeting revival when she was twelve years old, but that she was not really sure she was saved. Since she doubted her salvation, she doubted if she should marry a preacher, though she loved me. I told her if that was the trouble, it would not be hard to get that settled once and for all. I stopped the car, read her a few salvation verses from the New Testament, and prayed for her. Then I asked her to pray, and she did. She did not say she had heard the flapping of angels’ wings or anything like that. She just calmly stated that now she knew she was saved. After that, there never was any more doubt as to whether we would get married.

Fifty years later, as she was dying with cancer and was barely able to talk, she said to me just above a whisper “We’ve always been sweethearts.” What a precious memory!

Both Fleddie’s family and mine had started attending the Tabernacle Baptist Church, which was an independent Baptist church, called “fundamentalist” back then.

We were married on Saturday, February 8, 1931, in the home of our pastor, Rev. A. Roy Kemp, in a private ceremony. He married us, and his wife was the witness. We did not have the money to “do it up brown,” but I never did feel less married for having done it as we did.

Fleddie had made herself a dress to get married in with a jacket to match, and a tam to go with the outfit. I had been able to save up five dollars throwing papers on a route in Plainview, Texas, and to my surprise, Fleddie had ten dollars that she had saved picking cotton in the country outside of Littlefield.

Brother Kemp asked me to preach the next night, Sunday, in our church. He said, “Now be sure to use your ‘sugar stick.’” He meant to use a sermon that I had already prepared and was well acquainted with because he knew that, under the circumstances, I would not have much time to work on a brand new message. I did not heed his advice, though. I had been thinking of four different fools in the Bible but had worked on the subject very little. When the time came, I spoke for ten or twelve minutes, ran out of material, and sat down. I could see that Brother Kemp was disappointed. He just stood up and had the congregation rise and be dismissed with a short word of prayer. That experience taught me never to try to preach without being prepared. I went away feeling that I was all four of those fools I had spoken about.

On Monday night following our wedding on Saturday night, friends and relatives obligated me to push Fleddie in a wheelbarrow down the main street of Littlefield and back, about eight blocks round trip. They called it “shivareeing” the newlyweds. In spite of the humiliation, it was a lot of fun for us, and especially for them!