We are back from our Alaskan cruise, and I am so excited to share everything I have learned!  Our cruise was aboard the  Celebrity Millennium departing from Vancouver, Canada.  I love to travel and go as many places as possible.  But with a family of seven we usually road trip.  It’s more economical and just easier to haul all of our belongings in our van.  So I have not flown that many times in the last ten years.  All the details of flying had me in knots.  How would we get from the airport to our hotel and from the hotel to the cruise ship?  My husband has more of the “let’s just wing it” and “we’ll figure it out” personality.  Now that has worked great so many times and in so many situations, but I like to plan for obstacles “just in case” especially when a much anticipated cruise lies at the end. 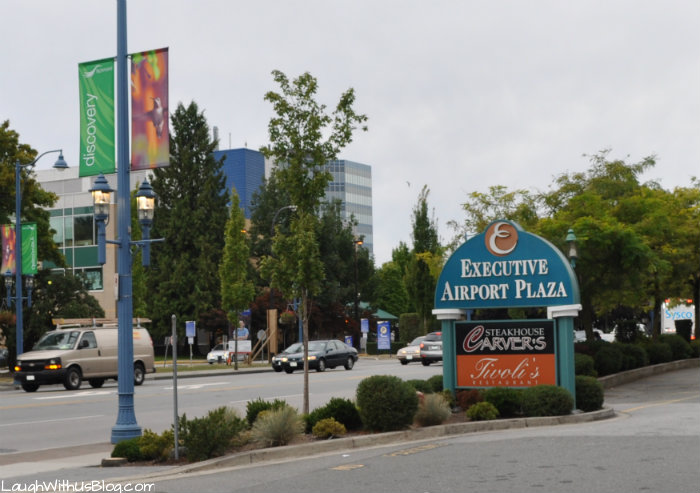 I did lots of research on a great pre cruise place to stay.  Hotels in the Vancouver are not cheap!  After hours of searching I decided on the Executive Airport Plaza.  I purchased this three star hotel outright on Priceline.com for $91.  While I debated staying in the downtown area, the airport hotels were more economical, and as we were flying in during the evening hours the night before our cruise, staying closer to the airport sounded wiser.

The Executive provides a free shuttle to the airport.  The shuttle arrives at the airport every half hour and was so easy to take from just outside the airport.  With no hassle at all we were taken directly to our hotel.  The hotel also offered free internet service.  The breakfast buffet in the dining room was an extra charge and since we were high tailing it to our cruise in the morning we saved our appetite. 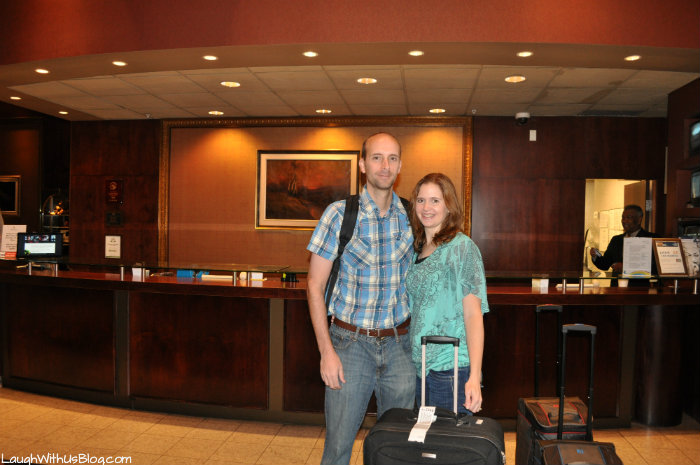 The next dilemma was how to get from the hotel to the cruise port.  We had two options.  We could take a taxi for $25 or walk eight blocks to the Translink Sky Train and take that for$8–$4 per person.  Now knowing my husband what do you think we did?  Well we walked of course and saved the $17!  The hotel manager looked at us a little shocked.  I just smiled and said it was an adventure.  I had never ridden the Sky Train! 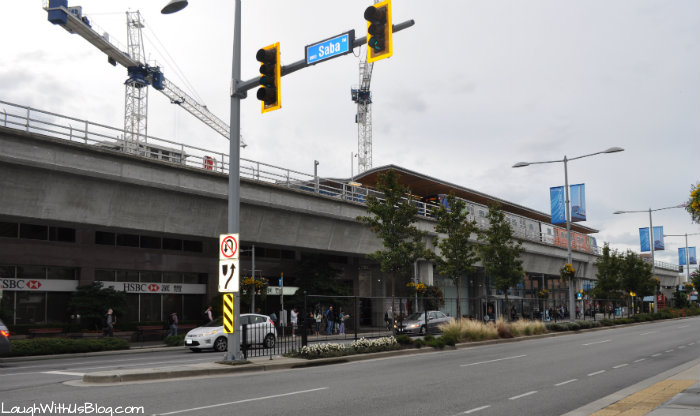 I enjoyed the walk through the Vancouver streets in the brisk morning air.  We arrived at the Sky Train in no time.  Paying and getting on was very simple. 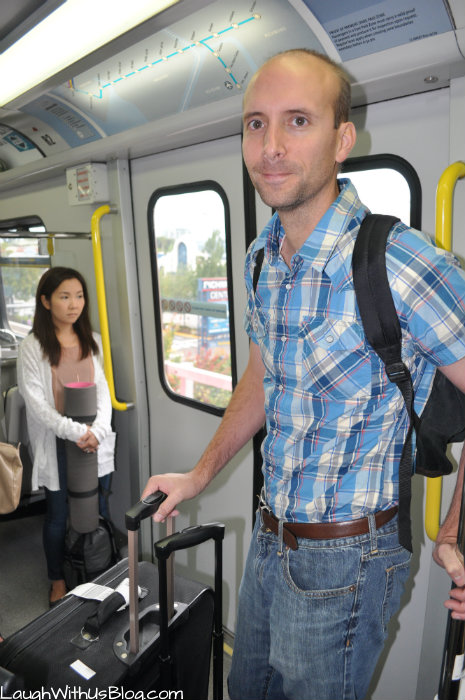 The train filled up in just a couple of stops and it was a little awkward managing our luggage in the midst of the people, but everyone was nice and it was a fun 25 or so minute ride to Waterfront station in downtown Vancouver. 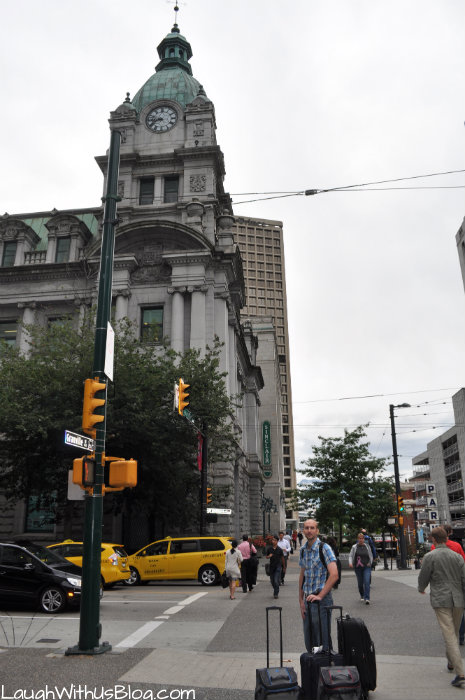 Walking downtown was beautiful, and we just made our way to the water and practically walked right into our cruise ship. 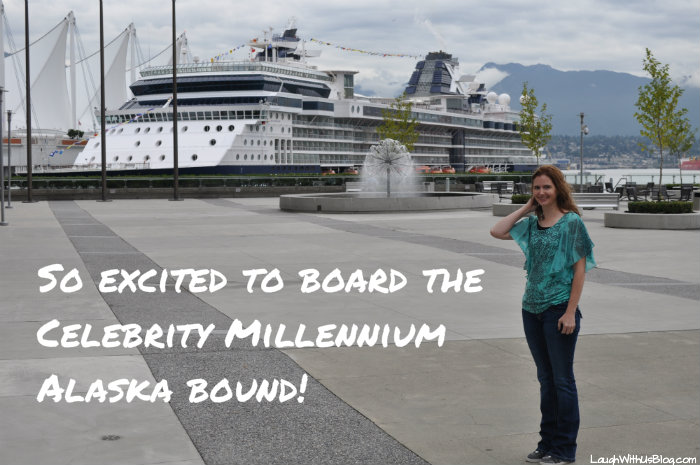 There she is, my first view of the Celebrity Millennium!  I was so excited to jump on, but we had to find the port first…