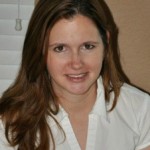 People keep asking me how I have adjusted to five children.  Honestly? Not as well as I thought I would!  I always heard people say that three is the most difficult adjustment and adding children after that is no big deal.  This was not so for me.  I had a difficult recovery after Grace, my third, was born, which added to the difficulty.  I also began homeschooling for the first time when she was only three months old so that certainly added a new dimension.  Three was tough, but at that point I would still put all the girls in the van and go everywhere I always did.  Three kids didn’t really slow me down.

Having my fourth baby really changed my life style.  Little Jason was an easy baby after the first few weeks.  Taking all four of them places by myself, however, became more work than it was worth.  I had always loved bargain shopping, but it lost it’s joy with four kids in tow.  I can’t remember going to the mall since Little Jason was born, certainly not just to window shop.

So before having our Bobby I knew the first few weeks would be tough, but then I really expected to fall back into my same routine.  Where as having four changed my out of the house habits, having my fifth has changed my habits at home.  I just can not keep up with all the things around here that I was doing before Bobby was born.  I don’t have the energy for one, but the balance of how things worked before our fifth baby, with the homeschooling, cleaning, cooking, blogging, and fun with the kids, just has not worked since, and I haven’t found a new balance that I’m happy with.

All that to say that I am still adjusting and working on trying different ways of managing areas of our lives until we find a good routine again.  We will eventually figure it out; I am convinced.  Then something in our lives will change again!

We are linked with Women Living Well, Works for Me Wednesday, Gratituesday and Titus 2sdays.