The first thing we noticed when we checked into our San Antonio hotel rooms was the toilets.  I’ve seen many a toilet in my day, but never one with a choice. 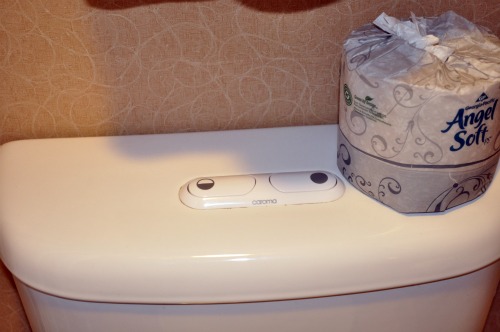 My daughter came running out of the bathroom yelling, “Mom, there is no flush!”  And there wasn’t, not in the typical sense, anyway.  Instead, there were two buttons on the top.  One had a circle that was half filled in and the other had a circle that was completely filled in.  I pushed the half filled button and the toilet flushed.  Next, I tried the filled in circle.  It flushed again, only this time with much more water. 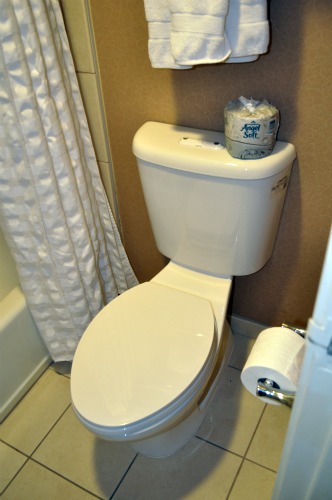 Whatdayaknow!  Now one has to think to use the commode.  How would those middle of the night runs work if one had to wake up enough to choose little flush or big flush?  I decided right then and there that big flush has always been good enough for me, and I snubbed little flush altogether.  The kids, on the other hand, fared pretty well once I told them that they were little, so they should choose little flush.  Whew, I’m glad we got that one settled!  What will they think of next?