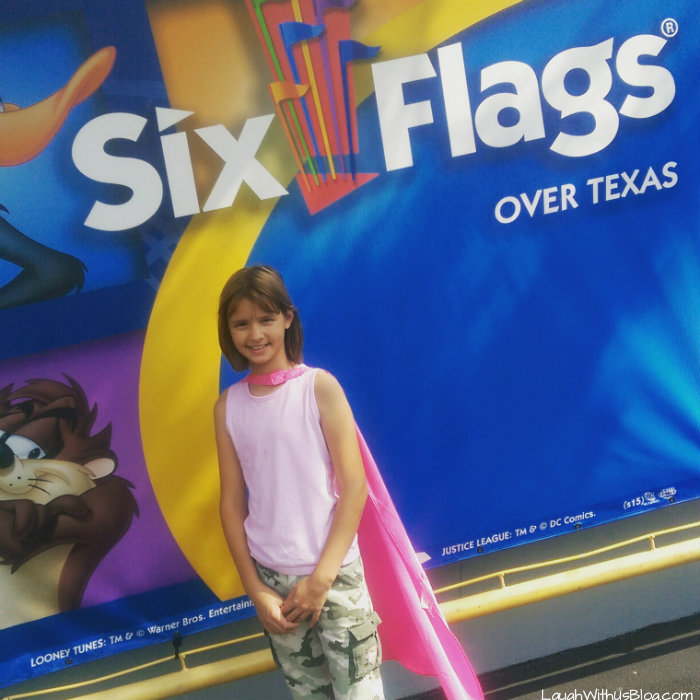 We were oh so happy to meet friends at Six Flags over Texas yesterday for another fun day at the park.  We have loved having season tickets this year so that we could go whenever we wanted.  With kids ranging in ages from 3 to 14 there is always something for everyone! 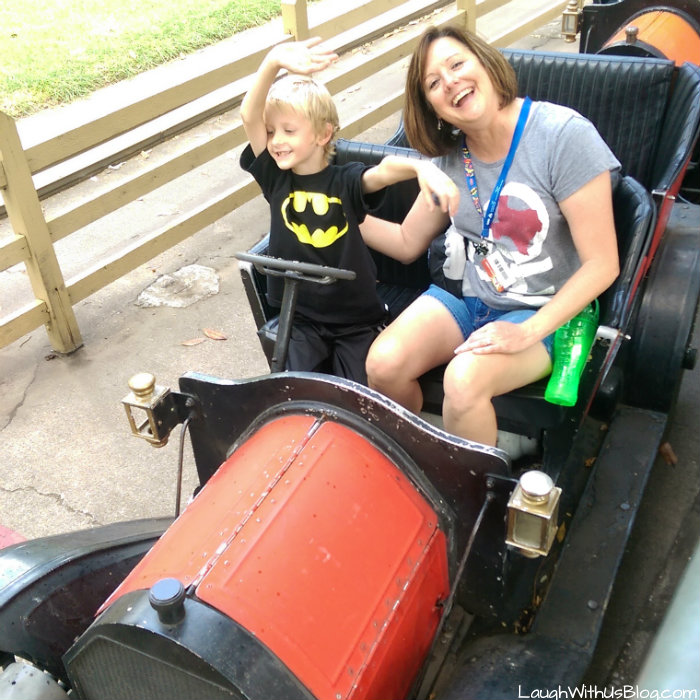 On this day we went to the Six Flags with my friend Christy, our kids, and a few of their friends.  You know how things just seem to…happen to me?  Hang around me too long and you might catch it, whatever it is I’ve got.  Christy sure did! She had quite the day.  First of all, one of the girls she brought to the park with her fainted!  It was projected to be a much cooler day in Texas, but those first few minutes of standing in line to get in were just too much for her.  One minute she was standing there. The next she was on the ground!

So our day began at the Six Flags first aid.  The staff were amazing.  Out of the heat, Rachel ate and drank something, and rested for a little while, and she was good to go.  Whew.

While waiting for Rachel to recuperate we made a run to the bathroom.  I heard this crash.  Christy had dropped her sunglasses and would you believe they broke right in two?

Later we went to fill our drink cups.  I had talked up Sprite with Peach so much that she wanted to try it.  I filled mine.  Christy was next.  They ran out.  Gone.  No Sprite with Peach for her.  We talked and laughed about the day.  She just didn’t know what had happened to her. Things just seemed to be going against her.  Then it hit me.  It was ME!  My day had been perfectly, uncharacteristically normal.  I had passed the “all strange things happen to me” thing to her.  I’m so sorry.  That’s all I can say. 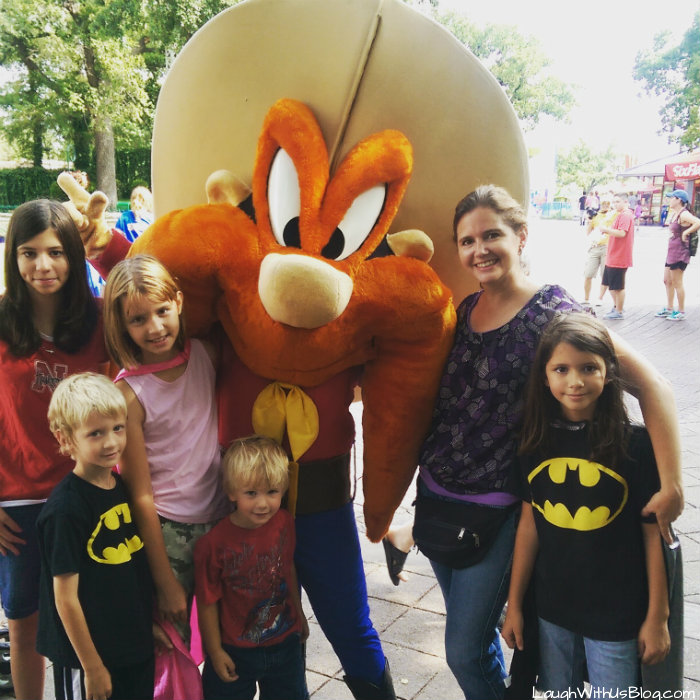