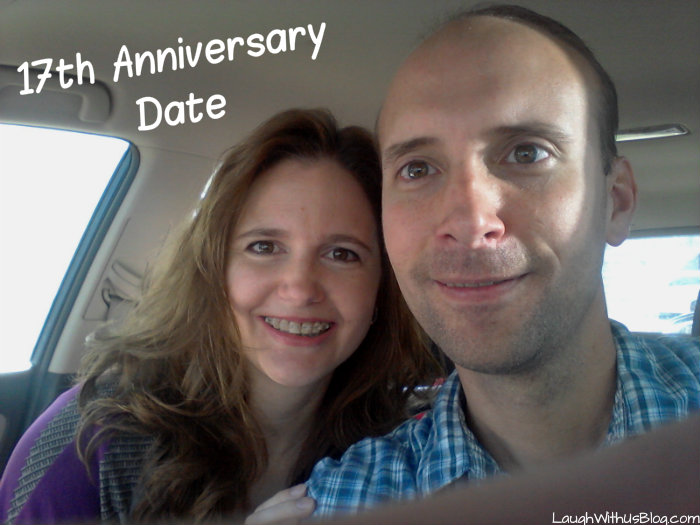 Yes, it’s true!  We’ve been married seventeen years.  First of all we take the worst selfies ever.  I suppose we should practice more, but neither one of us are dying to be in photos.  This is the best we could do!

My sister very graciously volunteered to  babysit our children so that Jason and I could go on a date.  She came around 9:30 in the morning and we headed out to do some much needed shopping.  Jason was still wearing clothes that he took on our honeymoon!  They are not worn out and the fact that he can still get into them is pretty amazing in itself, but I was ready for some of them to retire! 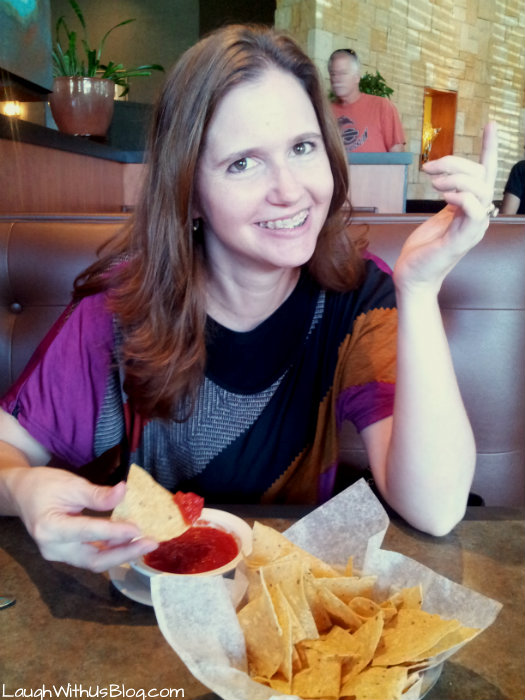 After we updated Jason’s wardrobe we headed to Anamia’s Tex-Mex Restaurant.  This is one of our favorite places to go…especially when we are kidless.  They have excellent chips and salsa!

Jason said he’d get a photo of me.  He took about six in a row.  After each shot he’d look at the phone and say, “Oh, that’s BAD!”  I was getting paranoid.  Six horrible shots in a row?  No wonder I don’t like my photo taken! 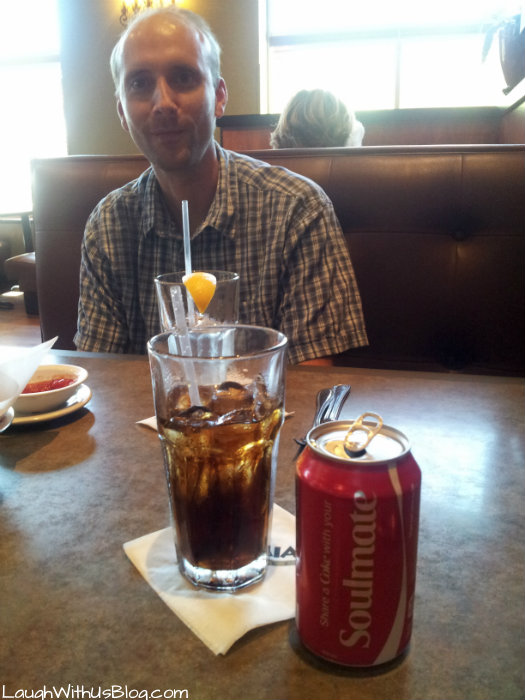 If you know how totally cheap we are, then you know I was splurging to purchase a Coke, but hey, it was my anniversary.  Oh the irony of receiving a “Share a Coke with your Soulmate” can on our anniversary…and I wouldn’t share.  Hey, there were no refills.  Get your own Coke.  Ha ha! 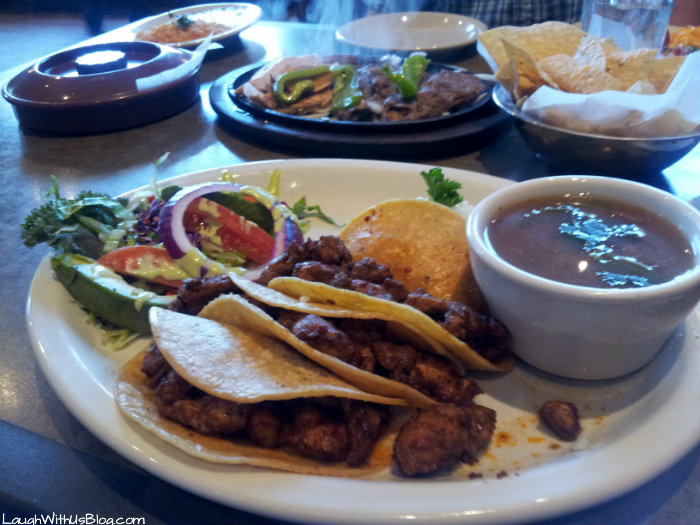 The Ricky’s tacos are amazing!  They are served with a side of cilantro, onion, and chopped peppers, just the way I like ’em!

From there we went to Studio Movie Grill in Colleyville to watch Planet of the Apes.  My sister laughed and said something like that didn’t sound like a date movie.  We both really liked it though, except for the six year old sitting in front of us who found the swivel chair much more entertaining than the movie and spent the entire time turning complete circles.  What are kids watching these days that they are not riveted to a movie like Planet of the Apes?  I don’t think she was fazed the entire movie except for the times I screamed and scared her.  🙂

It was a little odd and…depressing to have our celebration end about 4:00 and return home to have the children yell, “Aw man they’re home already!” when they heard us coming in the door.  Little Jason came and gave me a big hug.  “Did you miss me?” I asked him.  “NO!” he replied.  Happy Anniversary to us!